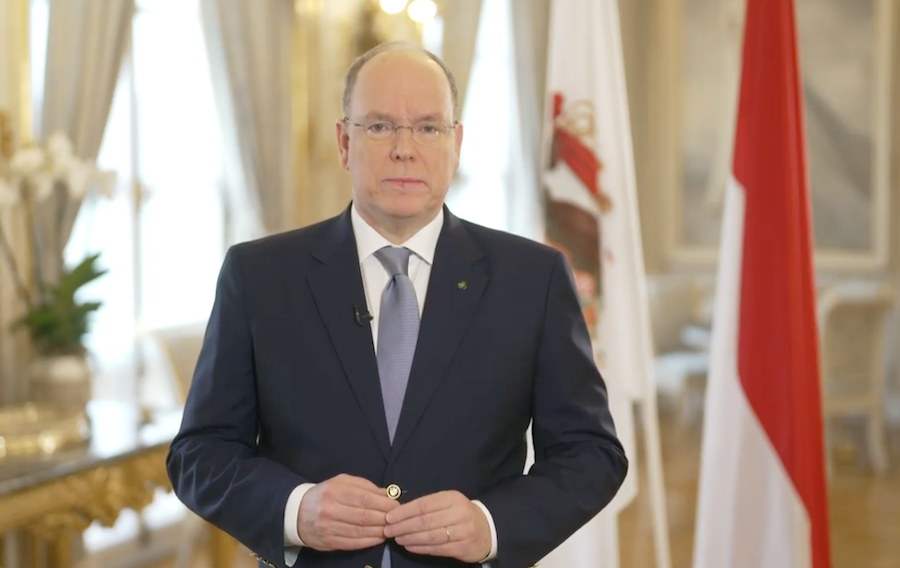 Prince Albert II announced in a video message Thursday evening that Monaco is engaged in welcoming refugees from the conflict in Ukraine, and has created a special unit dedicated to supporting and receiving victims.

In a broadcast from the Palace, shared on social media platforms and government outlet Monaco Info, Prince Albert gave an impassioned speech highlighting the plight of refugees fleeing the atrocities in Ukraine and asking the people of Monaco to join him in his “full solidarity with the Ukrainian population, victims of these military operations.”

He spoke of the plight of three million Ukrainians, mostly women and children, who are trying desperately to escape the violence of their nation, and added that the Principality joins the world community in respect of humanitarian rights and the need for legitimate safe corridors to allow innocent civilians a way out.

“I hope that the Principality of Monaco will take full part in the extraordinary effort of international solidarity,” the Prince went on to say. “We will therefore participate in this momentum, to our extent and with the means that are ours. Our schools, our volunteers and our available resources will be mobilised to welcome, accompany and support these displaced and vulnerable people.”

In his usual “can-do” way, the Prince has asked his government to set up a coordination unit for refugees to make their entry and transition as easy as possible. He also reminded the people that other avenues are open to those who want to offer “hope to those who are suffering.”

“The Monegasque Red Cross will also bring all its expertise in the management of the humanitarian crises,” he said. “And I know that many other Monegasque civil society entities are also hard at work to support the efforts deployed at the local and international levels.”