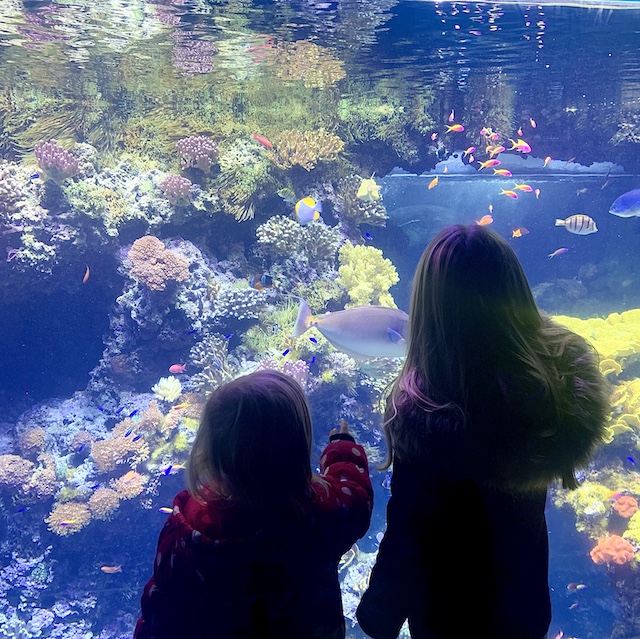 A new global coalition for biodiversity has been launched at the Oceanographic Museum of Monaco, calling for all aquariums, zoos, history museums and the like to join forces and raise awareness ahead of a crucial international convention in October.
The European Commission and the United Nations launched the global coalition for biodiversity during a ceremony on Tuesday 3rd March – World Wildlife Day – in collaboration with the Prince Albert II of Monaco Foundation and the Oceanographic Institute, and in the presense of HSH Prince Albert.
Ahead of the crucial CoP 15 meeting of the Convention on Biological Diversity in October 2020, the Commission is turning to all national parks, aquariums, botanic gardens, zoos, science and natural history museums to join forces and boost public awareness about the need to protect biodiversity.
“Biodiversity crisis is an important part in climate change. Protection and restoration of biodiversity would not only save the nature for future generations, but also help to tackle climate change and avoid negative consequences on our food, health and economy,” said European Commissioner for Environment, Oceans and Fisheries Virginijus Sinkevičius . “We urgently need to take global action, otherwise our only chance of seeing nature is in the zoos and botanical gardens. That would be a failure of the humankind.”
It is hoped that through their collections, education and conservation programmes, national parks, aquariums, botanic gardens, zoos, science and natural history museums will be ambassadors to raise public awareness about the dramatic effects of the biodiversity crisis.


The Commission also encourages national, regional and local authorities, non-governmental organisations, businesses, scientists and individual citizens to play their part in raising awareness ahead of the United Nations Biodiversity Summit (CoP 15).
During CoP 15, the 196 Parties to the United Nations Convention on Biological Diversity are expected to adopt a new global framework to protect and restore nature, as much-needed as the Paris Agreement focusing on the climate urgency.
Following the summit, the focus of the coalition for biodiversity will be on coordinated actions with tangible impact aimed at bending the curve of biodiversity loss. This initiative is consistent and fully in line with other initiatives and coalitions, such as the High Ambition Coalition led by Costa Rica.
The global coalition for biodiversity will complement the successful coalition of ‘World aquariums #ReadyToChange to #BeatPlasticPollution’ launched in 2017, which gathered more than 200 aquariums in 41 countries to raise global awareness about marine litter.
During Tuesday’s launch at the Oceanographic Museum of Monaco, the handover of direction of the Aquariums coalition from the European Commission to the United Nations Environment Programme (UNEP) under the Clean Seas campaign also officially took place.
Later this month, the European Commission will announce the new EU Biodiversity Strategy to protect and restore nature in Europe, detailing the EU’s ambition for the Biodiversity CoP15. A major public engagement event, EU Green Week, will also aim to mobilise society for nature and biodiversity from 1st to 5th June 2020, with dozens of events across Europe, and a conference in Lisbon and Brussels.
A 2019 report from the Intergovernmental Science-Policy Platform on Biodiversity and Ecosystem Services IPBES shows that nature is declining globally at rates unprecedented in human history. The rate of species extinctions is accelerating, with up to a million species facing extinction, and with likely serious impacts on people around the world. This means ecosystems would no longer be able to support humanity by providing water, food, clean air and timber, and their services of pollination, climate regulation, soil formation and regulation of floods would be seriously affected.

Photo: Children at the Oceanographic Museum of Monaco, taken by Monaco Life