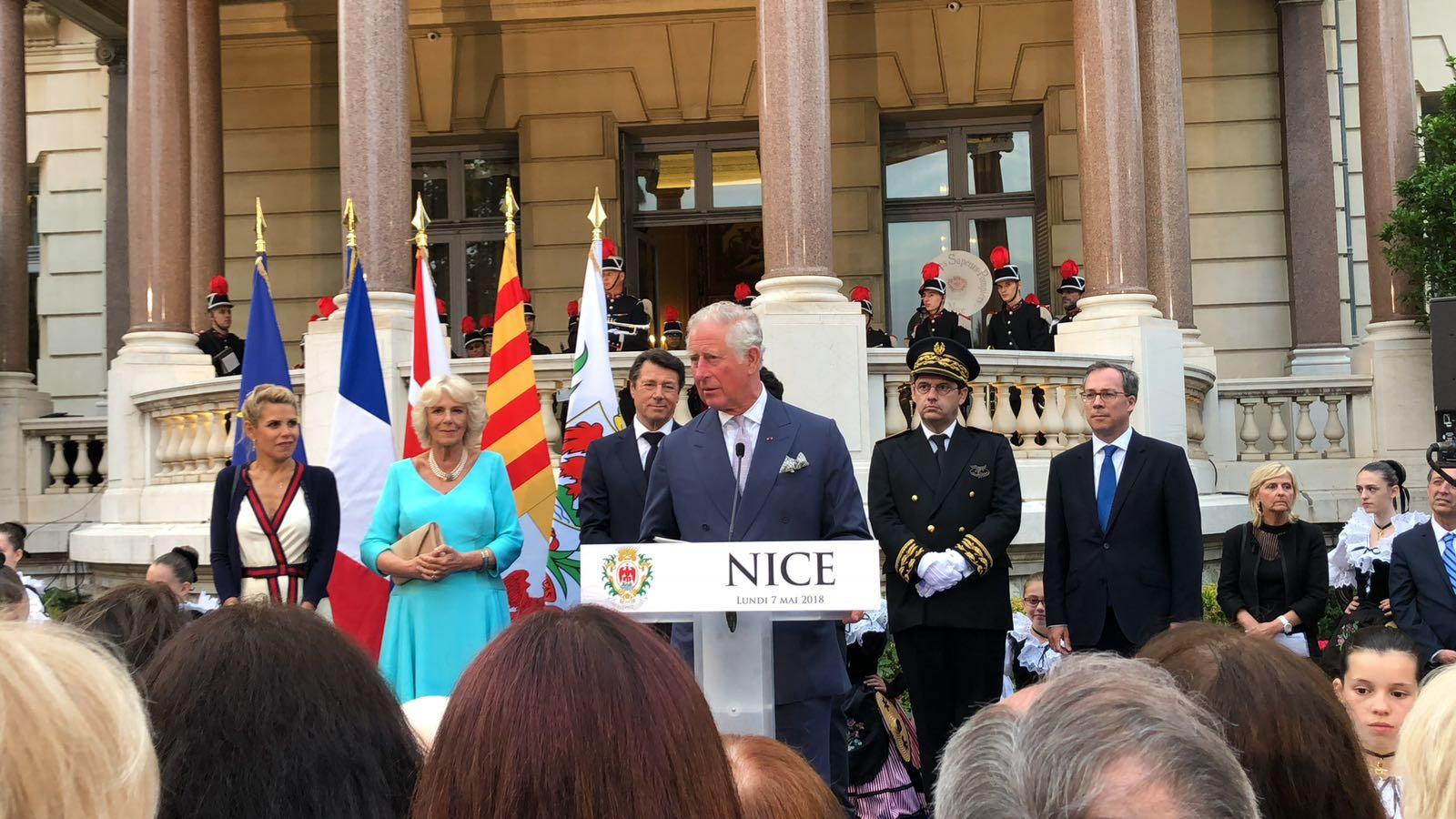 The Prince of Wales and the Duchess of Cornwall continued their three-day visit to the South of France on Tuesday, after having spent Monday night privately in the Alpes-Maritimes.

The couple’s French sojourn started with the Prince and Duchess paying tribute to the victims of Bastille Day, almost two years ago in Nice. The heir to the British throne met a number of relatives of those who lost their lives and also members of the security services.

They had been welcomed on the tarmac of Nice-Côte d’Azur Airport by the mayor of Nice, Christian Estrosi, and his wife, and the prefect of the Alpes-Maritimes, Georges-François Leclerc.

The Royal Couple were then greeted at Musée Massena, across from the Negresco Hotel, where the 69-year-old Royal gave a speech, alternating seamlessly between French and English, before meeting with local British residents, including some of the 30 people from Monaco who were present for the ceremony.

This was the HSH’s 33rd official visit to France, a result, he said, of “the special closeness between the two countries and the indispensable relationship we enjoy”.

“We are neighbours by fate, partners by choice and friends because of the shared experience and deep affection that binds us,” declared Prince Charles, whose youngest son, Prince Harry, will marry the American actress Meghan Markle on May 19.

“Time and again, we have stood together, and struggled together, for the values we both cherish. These are the ties that bind and ones that will continue to evolve.”

On Tuesday, the couple headed to Lyon for a ceremony commemorating VE Day during which the Prince of Wales laid a wreath to honour the victims of the Second World War in Europe.

They plan to return to Nice on Wednesday, May 9, for a “stroll in the heart of town,” before returning to London.

To mark the royal visit, Union jacks have been flying along the Promenade des Anglais. Notably, Paris was not on the couple’s itinerary on this French visit.

The Princess and her Pirate 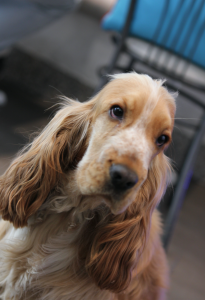 Beloved Monaco café, Princesse Pirate (7 Avenue de l’Hermitage, +377 97 98 11 13), is best known for two things; super yummy cupcakes and the gorgeous cocker spaniel Lola.  Monaco Paws chatted with owner and entrepreneur Stephanie Bovini over tea and some very tasty treats. 1. How did Lola get her name? I always wanted to have a daughter and give her the name Lola.  But instead I had three sons.  So I knew when I got her two years ago that I would call her Lola. Her very best friend is my son Sasha.  She will pick up a toy and bring it to him to play with her.  She cuddles with the rest of us, but Sasha is her favorite and her playmate. Everywhere I go, she comes.  When she was a puppy I used to put her on corner bench and now that is her spot, unless we are really busy. My husband used to be a veterinary assistant so he was in charge of her education and did all the training.  She knows to stay on the premises; she’s never crossed the street outside the café. At the café she is fine and gets along with everyone.  But at home it’s different.  She defends the house and won’t allow any other animals to be around, not a cat or even a goldfish. No, never cupcakes.  Her favorite treats are cherry tomatoes.  They are like bonbons to her. I make 54 cupcakes every morning.  They are available here, but we are also selling them a few other places around town.  I also love to make special birthday cakes. Every Sunday she gets a bath.  Cocker spaniels often have problems with their eyes and ears, so I have to pay extra attention to those areas. She is completely mad about the water.  She would swim to Corsica if we let her.  We also go hiking in the mountains.  She prefers to walk free off the lead. Everybody loves Lola! 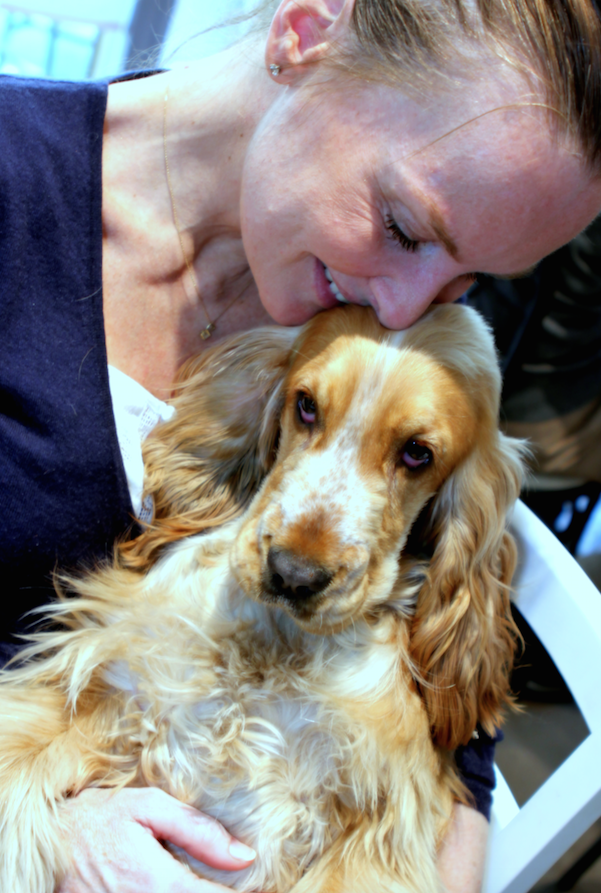 Local News Stephanie Horsman - August 11, 2021
The Palermo-Monte Carlo race, cancelled in 2020 due to the pandemic, is returning in August and set to be one of the year’s most exciting water events.