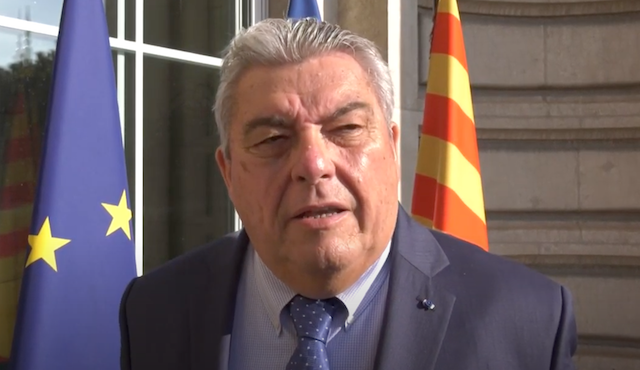 The Palace has officially announced that Pierre Dartout will become the Principality’s new minister of state from September 2020, replacing Serge Telle in Monaco’s most senior strategic position after the Prince.
While French media Les Echos leaked news of the placement late last week, the Palace confirmed on Monday that Prince Albert has chosen a new ‘right hand man’, and that the current Minister of State Serge Telle will be leaving office on 31st August.
“The Sovereign Prince thanks Serge Telle for his loyalty and sense of state throughout the years of his mandate, during which the Principality notably pursued its economic development, strengthening the solidity of its model of society,” said the Palace in a press release.
Stepping into the role held by Mr Telle since 2016 will be Pierre Dartout, a senior French official and current Prefect of the Provence Alpes Côte d’Azur.
Born in 1954 in Limoges, France, Pierre Dartout is a graduate of IEP Paris and a former student of the National School of Administration (ENA), which has produced a number of high-profile politicians including a former president – François Hollande. 66-year-old Dartout has held numerous prefectural posts in France for a quarter of a century.
“The Sovereign Prince expects Pierre Dartout to direct government action, under his authority, while respecting institutional balance,” said the Palace.
While the announcement has been made in the tentative first days of deconfinement, the Prince was quick to assure the continued management of the health crisis by the current Minister of State Serge Telle.
“Today, his mission continues in particular, in the fullness of his responsibilities, in the management of the health crisis and its economic consequences. They require, until the end of his mandate, all his energy because of the decisions that must be taken to enable our country to meet this immense challenge.”
The Minister of State of Monaco is the Principality’s head of government, subordinate to the Prince of Monaco and responsible for enforcing its laws.