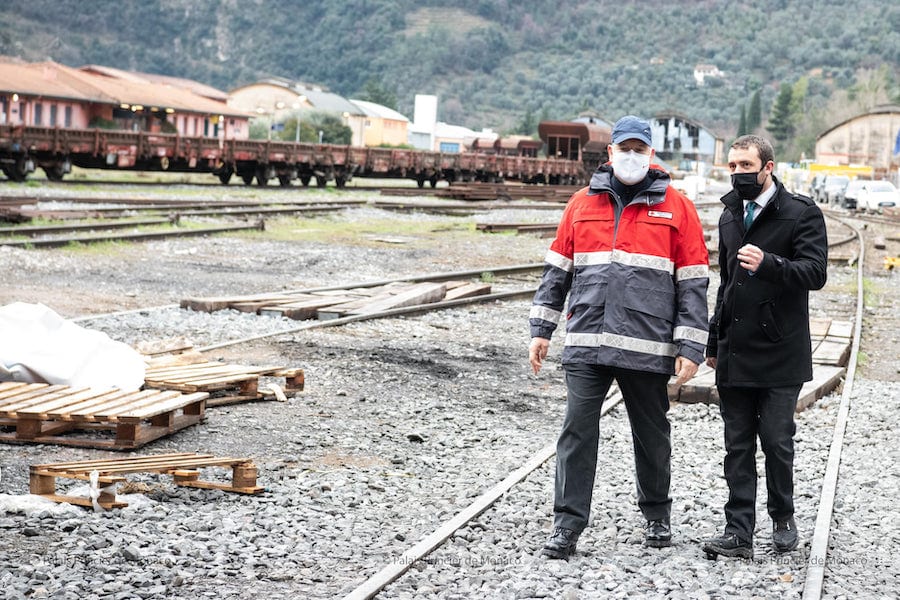 Prince Albert has returned to the region ravaged by Storm Alex in October to show his continued support and handover some much needed equipment for rebuilding efforts.
Prince Albert initially toured Roquebillière on foot and took to the skies above Saint-Martin-Vésubie in the days following the flash floods, but his visit was scaled back because he didn’t want to hamper helicopter rescue and aid efforts.
On Monday 28th December, almost three months after Storm Alex hit, HSH Prince Albert II returned, this time to Breil-Sur-Roya to meet with the mayors of Breil, Tende, La Brigue, Saorge and Fontan, together with Prefect of the Alpes-Maritimes Bernard Gonzalez and other community leaders. 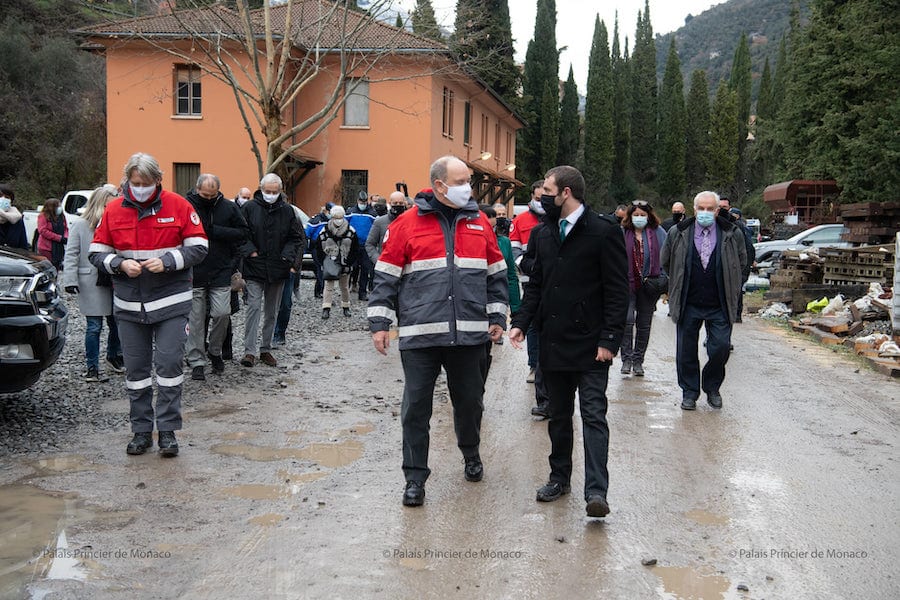 He took the opportunity to reaffirm his country’s commitment to recovery efforts and saw first-hand the considerable reconstruction efforts needed in the ravaged valley, including the municipal stadium, the bridge and the Hôtel de Breil.
Monaco was quick to respond after Storm Alex struck on 2nd October, with the Prince’s government releasing €4 million in aid for the three French valleys – Roya, Vésubie and Tinéé, as well as Ventimiglia and the Italian part of Roya – all of which had been hammered by flash floods. 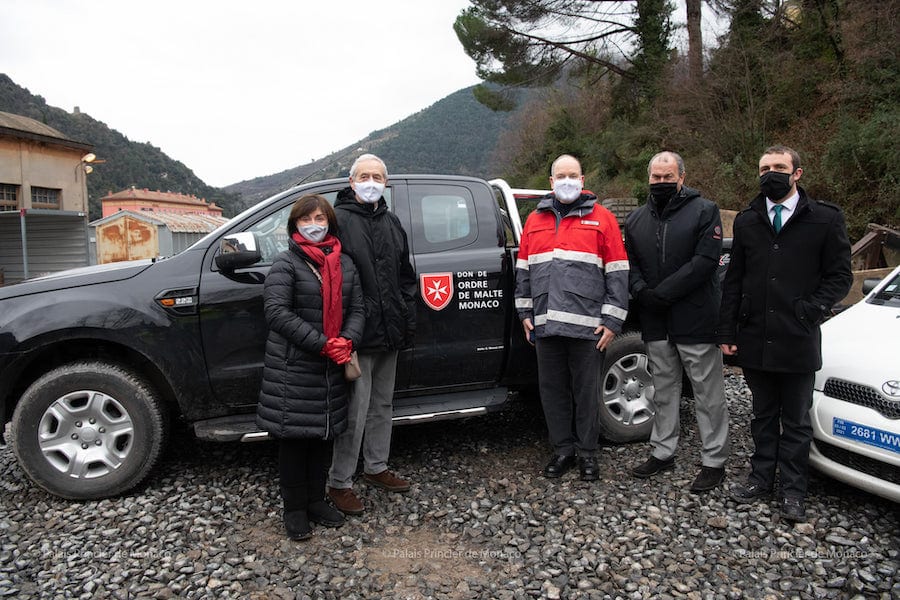 The Municipal Council, Monegasque associations and various citizen groups have also rallied behind the storm victims.
The Prince was able to see the vehicles that had been donated by the Cuomo Foundation, the Automobile Club of Monaco and the Order of Malta Monaco. 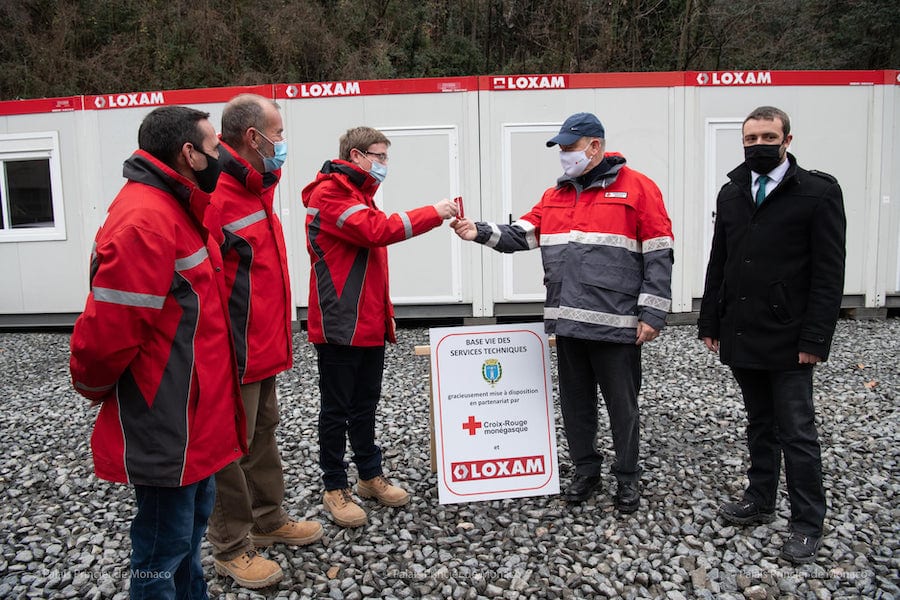 He also had the opportunity to hand the mayor of Breil-sur-Roya, Sébastien Olharan, keys to new worksite containers that will serve as the town’s temporary technical services. They were donated by Loxam and their delivery was financed by the Monaco Red Cross, which in itself raised just over €400,000.
The Prince met with members of the Monaco Red Cross, victims of the storm, volunteers, associations and relief entities who have been working to keep the chains of supply open for isolated citizens.
Prince Albert also visited a storage warehouse containing basic necessities and foodstuffs that are still being distributed.