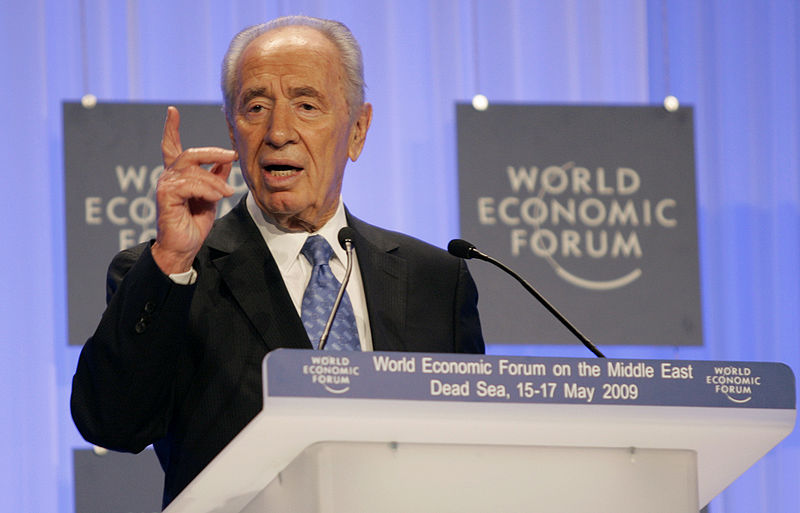 His Serene Highness Prince Albert sent his condolences Wednesday to the President of Israel, Reuven Rivlin, following the death of 93-year-old Shimon Peres, a former prime minister, president, and winner of the Nobel Peace Prize.

Prince Albert said he had been profoundly saddened by the news of the passing of Mr Peres, a “statesman of eminent stature”.

The Sovereign said that Mr Peres had played a major part in the life of Israel over half a century and had worked hard for peace between the Israelis and Palestinians. “My family and the population of Monaco will not forget that he was a friend of the Principality,” Prince Albert said.

In April of this year, Mr Peres presented the Friends of Zion Award to Prince Albert, an award given by the Friends of Zion Heritage Centre as part of a global initiative to counter boycott, divestment and sanctions (BDS) and anti-Semitism. “Nothing is greater than the cause of friendship among human beings,” the former president expressed at the ceremony.

“I speak for the Grimald house when I say here how proud and privileged I feel to accept this award as a symbol of the strong relations between Israel and Monaco,” Prince Albert commented.

PHOTO: Signing of the Cooperation Framework Agreement between the Principality of Monaco and the Islamic Republic of Mauritania Mohamed Lemine Moulaye Ely, Interim Secretary General of the Ministry of Foreign Affairs and Cooperation, and Isabelle Rosabrunetto, Director General of Department for External Relations and Cooperation. Photo: © DR[/caption] A delegation of the Department of External Relations and Cooperation has made an official visit to Mauritania to meet with the Mauritanian authorities and meet its Monegasque Cooperation partners. This visit has strengthened bilateral relations between the two states, including the signing of Cooperation Framework Agreements. During this official visit, the Monegasque delegation, led by Isabelle Rosabrunetto, Director General of the Department for External Relations and Cooperation, was received by the highest Mauritanian authorities. Meetings were held with several ministers and an agreement was signed to set up a bilateral Commission of cooperation. The delegation also attended a ceremony to celebrate the 20 years of cooperation between the Principality of Monaco and Mauritania in the field of civil protection, initiated by Monaco’s fire service. Diplomatic relations between Monaco and the Islamic Republic of Mauritania was officially established in 2011, although Mauritania has also been a country for priority cooperation and aid by the Monegasque Cooperation since 2002. SOURCE: Monaco Government Press Office