Prince gives lunch at Residence of the State Minister 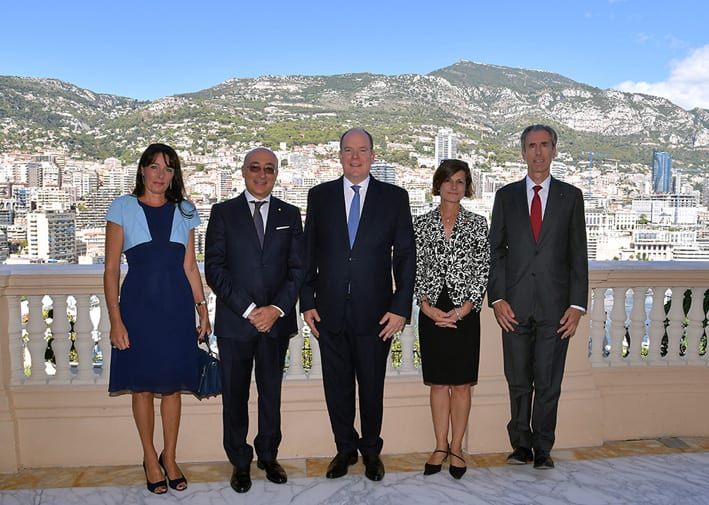 On Monday, September 19, Mr Gilles Tonelli, Minister of Foreign Affairs and Cooperation, representing the Minister of State, received HE Mrs Marine de Carne of Trecesson of Coetlogon, Ambassador Extraordinary and Plenipotentiary of the French Republic, and Mr. Cristiano Gallo, Ambassador Extraordinary and Plenipotentiary of Italy who had presented, in the morning, their credentials to HSH Prince Albert.

An official lunch hosted by the Sovereign Prince was given in their honour at the Residence of the State Minister in the presence of numerous personalities.

A graduate from the Institute of Political Studies, HE Mrs Marine de Carne de Trecesson de Coetlogon was appointed as Southern Europe’s assistant director of the central administration in 2004, then became Adviser to the Permanent Representation of France to the European Union. As Deputy Director of Climate Change and Sustainable Development in the Directorate for European and International Affairs in 2010, she was promoted to Ambassador responsible for bioethics and corporate social responsibility in 2013.

With a degree in Political Science, HE Mr Cristiano Gallo began his diplomatic career in 1987 at the Cultural Relations Department of the Ministry of Foreign Affairs (MEA). In 1989 he joined the Italian Embassy in Abu Dhabi and in Maputo. He was promoted Counsellor of the Embassy in Riyadh in 1999 and first Counsellor in Bucharest in 2002. He was appointed as Minister Plenipotentiary to the Presidency of the Council of Ministers. In 2014, he returned to the MEA.