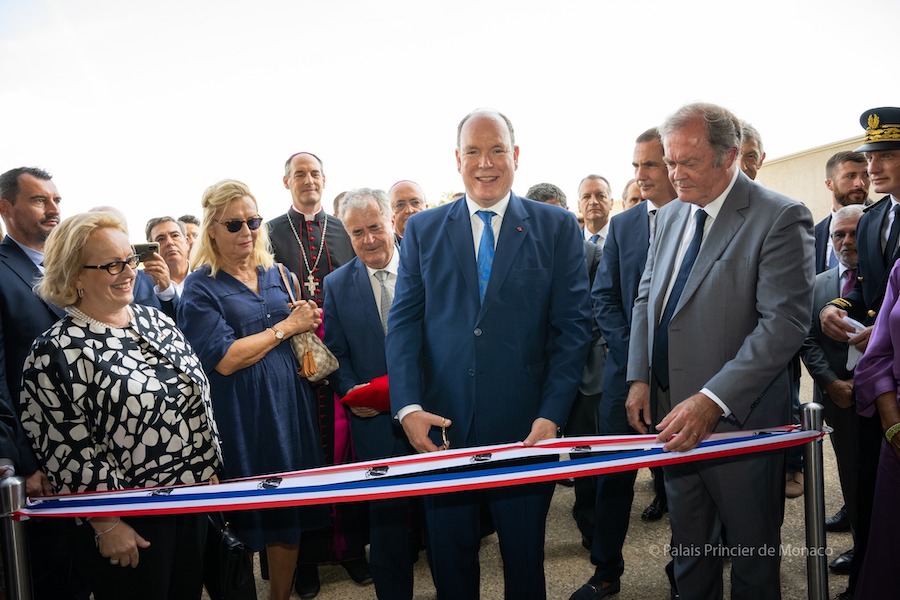 Prince Albert II has travelled to the town of Lucciana, in Corsica, to officially inaugurate the Archaeological Museum of Mariana – Prince Rainier III of Monaco.

Open for more than a year, the exhibition and research space, a Musée de France, presents objects that have been discovered in excavations of the Roman and early Christian site of Mariana.

Surrounded by a large Monegasque delegation including those from the Palace, the Government, the National Council and the Municipal Council, and in the presence of high-ranking Corsican personalities, Prince Albert toured the contemporary museum, which traces a part of ancient history and medieval Corsica.

In 2003, Prince Rainier III and Hereditary Prince Albert, accompanied by 200 pilgrims from the Principality, commemorated in the Cathedral of Canonica in Lucciana the 17th centenary of the martyrdom of Saint Devota, patroness of the Principality and of Corsica.

The links between Monaco and Lucciana have continued to strengthen since the twinning of the two municipalities in 2009. As the cradle and place of martyrdom of the protector of the Sovereign Family, the Corsican municipality belongs to the network of Grimaldi historic sites of Monaco. Prince Albert took advantage of this trip to officially unveil, in the company of local Mayor José Galletti, the sign indicating membership of this association.

Lucciana will participate in the 4th meeting of Grimaldi Historic Sites which will take place in June 2023 at the Place du Palais.