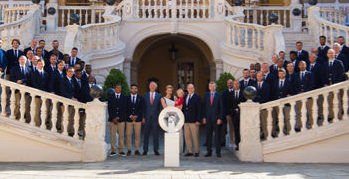 AS Monaco wrapped up the season with their 12th consecutive win Saturday – 3-2 to Stade Rennais – officially claiming the title of French Ligue 1 champions.

The victory celebrations included a private concert starring 50 Cent, which took place on Sunday at 6 pm under the big top at Fontvieille, a change of venue from the square in front of the Palais Princier. Monaco season ticket holders were included in the festivities.

The players were received earlier in the evening by Prince Albert, Princess Charlene, and young Prince Jacques, wearing a personalised club jersey, at the Prince’s Palace.

HSH Princess Charlene told Monaco Life, “It was a lovely evening in the gardens of the palace and a wonderful way to celebrate the team’s victory.”

The Princess, who is hosting the Riviera Water Bike Challenge on June 4, added, “It was great to be able to introduce Jacques to the team – he was certainly fascinated by the trophy.”

Prince Albert was given an early Father’s Day gift from his wife and children, Prince Jacques and Princess Gabriella: an AS Monaco jersey with “Best Dad” on the back. Princess Charlene came up with the thoughtful surprise knowing that Prince Albert is probably the football club’s most avid supporter.

The team arrived at 4:30 pm and stayed several hours before heading to the 50 Cent performance in Fontvieille. 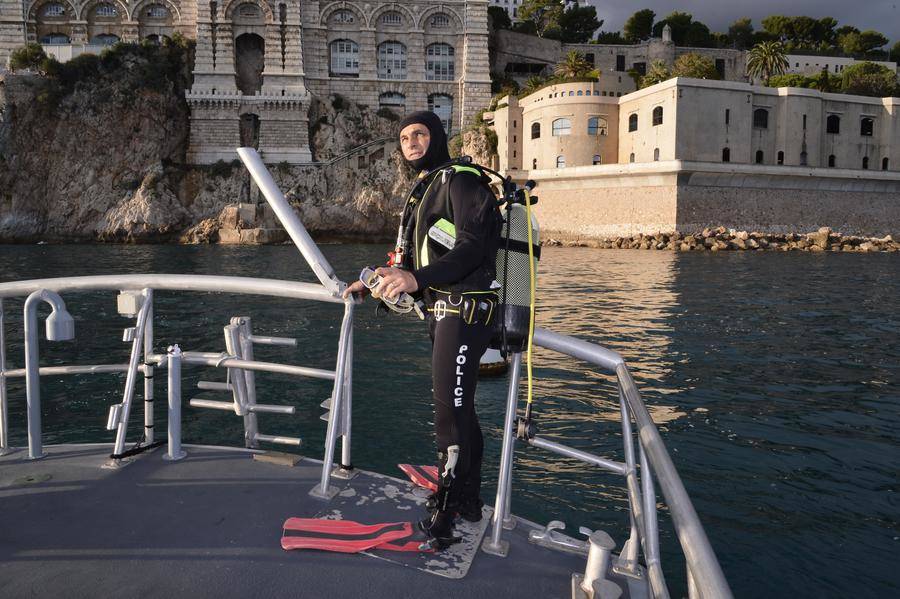 DPMA diver Photo: gouv.mc[/caption] Monaco’s “Le Libecciu” vessel was launched on the afternoon of Friday, July 21, to rescue two swimmers in considerable difficulty. The Maritime and Airport Police Division boat, together with another craft, come to the aid of the two tourists off the solarium of Esplanade Stefano Casiraghi. Heavy seas hampered the mission, but two rescuers went immediately into the water to save the two very experienced swimmers, one of whom was in a state of advanced distress and suffering from shock. The two swimmers were immediately taken in charge by the Monaco fire service at Port Hercules. One was taken to the Emergency Room at the Princess Grace Hospital to receive the proper care. The two had entered the sea despite warning signs indicating the dangers.