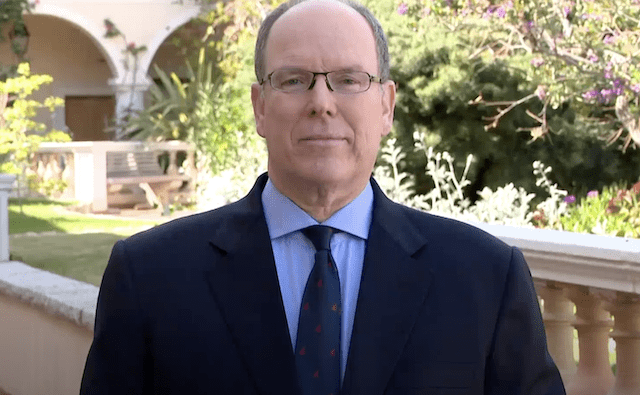 Prince Albert has delivered a message of hope as part of the 50th Earth Day, saying each one of us has a key role to play in shaping a better, sustainable world.
The Prince Albert II of Monaco Foundation released the recorded message on Wednesday 22nd April, calling for a new equilibrium between humans and nature.
“While our world is experiencing an unprecedented health crisis, I would like to send you a message of hope and mobilisation. Over the past few weeks, our lives have changed at an unprecedented speed. These upheavals will inevitably continue. It is up to us to turn this situation to our advantage, to ensure that the current suffering leads to a better world. The human frailty we are seeing should lead to us to think about our priorities and reinvent our relationship with nature.”
To see the video, click here.
The theme for Earth Day 2020 is climate action. “Climate change represents the biggest challenge to the future of humanity and the life-support systems that make our world habitable,” said Earth Day organisers.
The first Earth Day in 1970 launched a wave of action, including the passage of landmark environmental laws in the United States. The Clean Air, Clean Water and Endangered Species Acts were created in response to the first Earth Day in 1970, as well as the creation of the Environmental Protection Agency (EPA). Many countries soon adopted similar laws.
Earth Day continues to hold major international significance. In 2016, the United Nations chose Earth Day as the day when the historic Paris Agreement on climate change was signed into force.
Over the course of 24 hours on 22nd April 2020, the 50th anniversary of Earth Day filled the digital landscape with global conversations, calls to action, performances, video teach-ins and more.