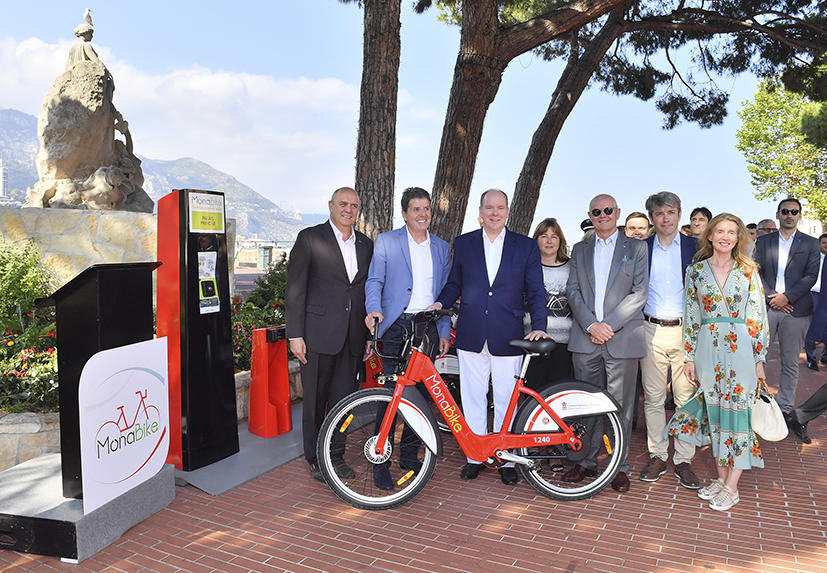 MonaBike, previously known as the Monaco Bicycle Service, is an automated system of electric bikes and stations, initiated by the government and the Monaco Bus Company and created by Canada-based company PBSC Urban Solutions. Together with the eco-bus, the boat-bus which crosses Port Hercule and the two night services, the bikes form part of the Principality’s action plan to reduce greenhouse gas emissions by improving transport services.

The self-service electric bikes, initiated in 2010 and launched commercially in 2013, has been so successful that, from 13th July, the number of stations have been doubled, while the number of bikes on offer have tripled.

So what has changed? MonaBike now boasts around 300 bikes and 35 stations including three in Beausoleil (from September), which will be available on the weekend for free tests at the Rose des Vents, Larvotto. The bicycles feature a unique speed with a pedal pressure sensor for better driving experience and greater simplicity. Capable of reaching speeds of up to 25km per hour without noise, the MonaBike has a distance range of 60km, enough to travel across the Principality worry free. Once docked, the e-bike battery begins to automatically recharge.

Locating, renting and returning a MonaBike is also simple. An intuitive CycleFinder mobile app features real-time mapping of stations. It also allows users to easily unlock an e-bike by scanning its QR code, or CAM subscribers can use their transit pass by tapping it on a bike’s docking station.

The service is available for subscription as well as occasional use, for people aged over 16 years, via the website or through its mobile application. Prices have also been significantly reduced, with a single journey starting from as little as 1€, while weekly, monthly and yearly masses are also available.