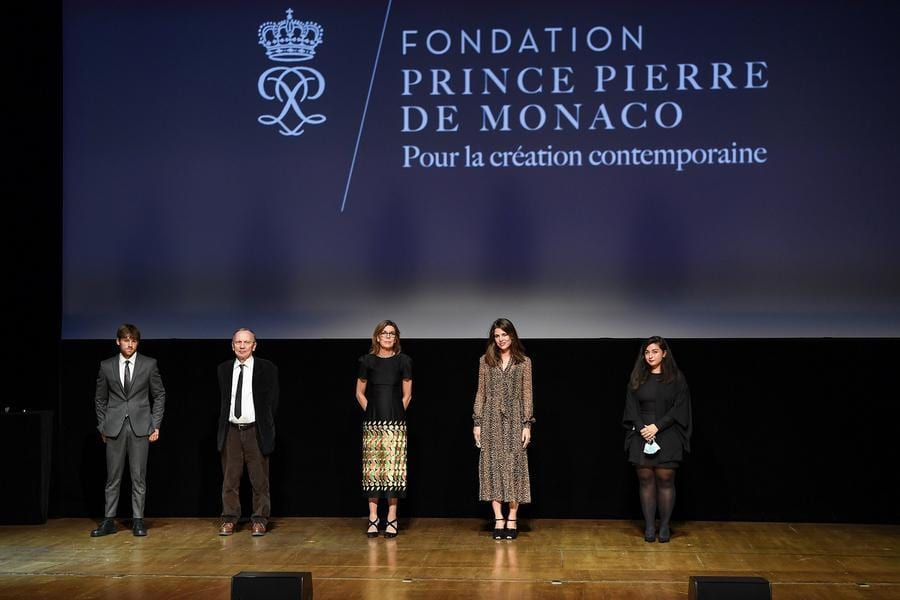 The winners of the 2020 Prince Pierre of Monaco Foundation Awards were announced at the foundation’s Prize Proclamation Ceremony at the Opera Garnier on Tuesday night. They were presented by France Musique writer, journalist and producer Arnaud Merlin.

The prizes were given in four categories: the Literary Prize, the Discovery Grant, the Favourite from a High School student and the Principality Prize, awarded jointly with Rencontres Philosophiques.

The Literary Prize is a lifetime achievement award given to a French-speaking author for his or her collective body of works. The shortlisted writers in this category were Metin Arditi, Élisabeth Berillé, Christian Bobin, Etienne De Montety, and Pierre Michon. This year’s honouree was Christian Bobin.

The Discovery grant, created in 2001 on the Literary Prize’s 50th anniversary, is given to a French-speaking writer who has recently put out their first work of fiction.

The Discovery Prize nominees were Salomé Berlemont-Gilles for Le Premier qui Tombera (The First who Fell), Maylis Besserie for Le Tiers Temps (The Third Time), Victoria Mas for La Bal des Folles (The Crazy Ball), Anne Pauly for Avant que J’Oublie (Before I Forget), and Philippe Ridet for Ce Crime est à Moi (The Crime is Mine). It was Salomé Berlemont-Gilles who took home this year’s award.

The Favourite from a High School Student prize started in 2007 in association with the Department of National Education, Youth and Sports, and is chosen by a jury of students from the local secondary schools.

Those who made it into the finals were Olivier Dorchamps for Ceux que je Suis (Those who I Am), Alexandra Koszelyk for A Crier dans les Ruines (To Cry in the Ruins), Victoria Mas for La Bal des Folles (The Crazy Ball), Mathieu Palain for Sale Gosse (Dirty Kid), and Constance Rivière for Une Fille sans Histoire (A Girl without a History). The winner in this category went to Mathieu Palain.

Finally, the Principality Prize, the newest award, has been given out since 2017. It is presented in conjunction with the Rencontres Philosophiques de Monaco to the author for a groundbreaking philosophical work. It is intended for a writer who has written a singular work that “opened new paths in the field of philosophy and engaged in different approaches to science, politics, theology, history, anthropology, ethics or psychoanalysis.”

This year’s winner was Hélène Cixous.

Tributes were also made to Literary Council members who passed away this year including Jacques de Decker, Honorary Permanent Secretary of the Royal Academy of French Language and Literature of Belgium, and Jean-Loup Dabadie, member of the French Academy.

The Young Music Lover’s Award and the Musical Tremplin, usually awarded at the same ceremony, were postponed this year.