Prince Pierre Foundation joins Beyond the Walls Conference in London 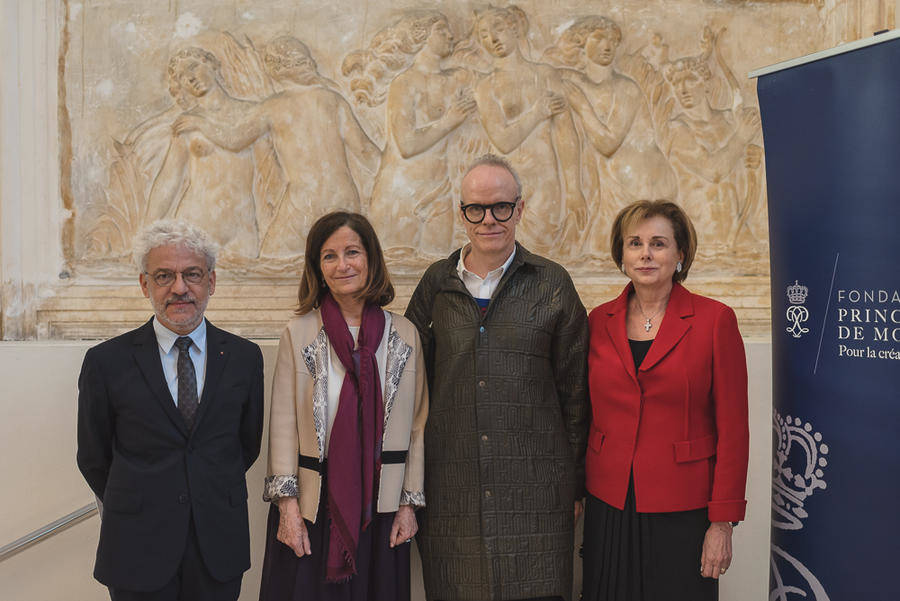 The French Institute of the United Kingdom, in London, the second Beyond The Walls Conference, organised by the Prince Pierre Foundation.

The Conference took place on April 16 in the presence of HE Mrs Evelyne Genta, Ambassador of Monaco, and Mrs Claudine Ripert-Landler, Cultural Advisor at the French Embassy in London and Director of the French Institute of the United Kingdom.

The theme of this conference, presented by Hans-Ulrich Obrist, a famous curator, critic and art historian, was: new experiences in art and technology (NEAT)

During this conference, Hans-Ulrich Obrist emphasised the relationship between technology and art. Drawing on examples of artistic projects, the speaker proposed to consider the artist as a significant producer of our future realities.

Hans-Ulrich Obrist is currently co-director of exhibitions and director of international projects at the Serpentine Gallery in London.

The next conference of the Prince Pierre Foundation will take place in Monaco, Thursday, June 27, at the Princess Grace Theater.

The writer, Alain Mabanckou, will address the theme of the Francophonie in a conference entitled: “Rethinking La Francophonie”.

Local News Stephanie Horsman - May 19, 2021
The Sporting Summer Festival is back this year with a series of unmissable shows by internationally acclaimed artists at oh-so glamorous locations around the Principality.

Photo: Facebook Association Les Amis du Bain de Noël de Monaco[/caption] The 12th edition of the Bain de Noel tool place Saturday morning at 10 am. Organised annually by the Association les Amis du Bain de Noël de Monaco, money raised is donated to a different association each year. For 2016, the fundraising dip was in aid of Association Monégasque de Vol à Voile, which was founded in 2014 by Anthony Roustan, an aeronautic enthusiast born in Monaco. Vol à Voile offers sick children or persons with disabilities a chance to escape their daily lives by flying with an instructor, and this year they had two outings. This year’s Bain de Noel at Larvotto’s Rose des Vents beach was partnered with Amade Monaco, the association started in 1966 by Princess Grace, which will double the funds raised for Vol à Voile today to help orchestrate more opportunities for children to fly in the months to come. Some 150 people participated in the traditional Christmas swim this morning. On-site registration, €10, included a raffle ticket, croissants and coffee. It was a highly convivial pre-Christmas gathering.