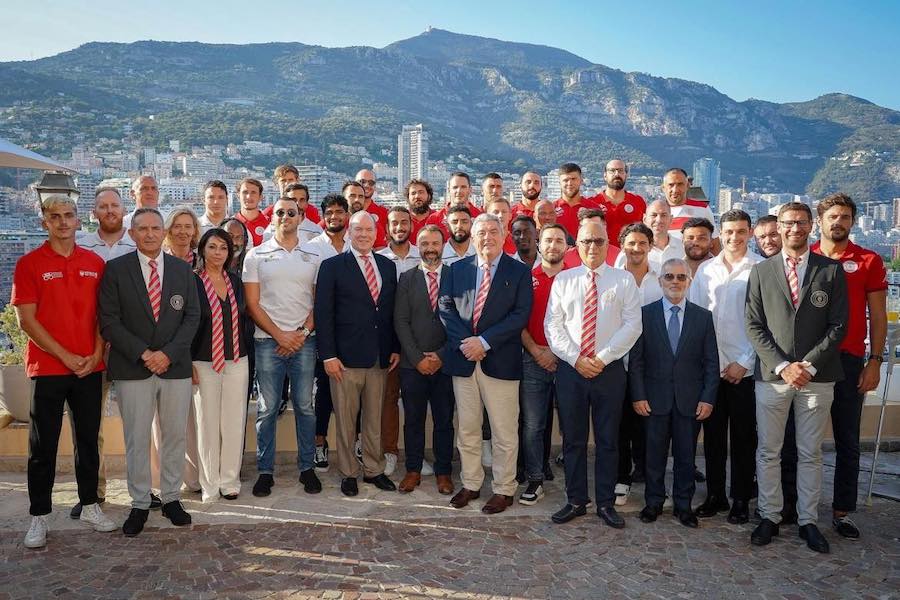 It has been a busy off-season for AS Monaco Rugby who, having earned promotion to the Fédérale 2, are preparing for the upcoming campaign with the backing of Prince Albert.

Last season’s historic campaign saw the team earn an impressive promotion to the Fédérale 2, and whilst preparations for their new challenge are well underway, with pre-season starting less than two weeks ago, it has also been a busy time for AS Monaco Rugby off the pitch.

Before looking to the future, the club were first recognised for their past exploits. In late July, the club was welcomed at the Residence of the Interior Minister in order to celebrate the club’s promotion. In attendance was Prince Albert II, who congratulated the squad on their promotion.

Feeding off last season’s success, the club has also sought to raise its profile, giving the club and the sport a more prominent place in the Principality’s congested sporting scene. It is this goal that has given rise to the unification of the club with the Monaco Rugby Sevens: a partnership that is “essential for Monaco and complementary to both entities”, according to a press release from the club.

The presence of South African World Cup winner Tendai Mtawarira, aka “The Beast”, also formed part of those efforts. During a charitable evening, attended by Monaco Life, money was raised for ‘The Best Foundation’, whilst the mere presence of such a household name within the world of rugby will, in the medium and long-term, likely work wonders for the profile of the sport within the Principality.

Whilst there has certainly been a focus on bringing the image of the club to the fore, the club have all the while been preparing behind the scenes for the huge season which lies in wait. As they prepare to play the highest level of amateur rugby, an internal restructuring has also been taking place.

Walter Argoud has arrived at the club from Provence Rugby in a new role as sporting director, in a structure that more closely resembles that of a professional side.

The ambitions for the upcoming 2022/23 season are clear and unequivocal: do better, demand more, be more efficient on the pitch and also behind-the-scenes in order to continue to structure, and consolidate the foundations of the entire association.

Monaco begin their season on 11th September with a match away, before welcoming Sporting Club Royannais to the Stade Prince Héréditaire Jacques on 17th September.