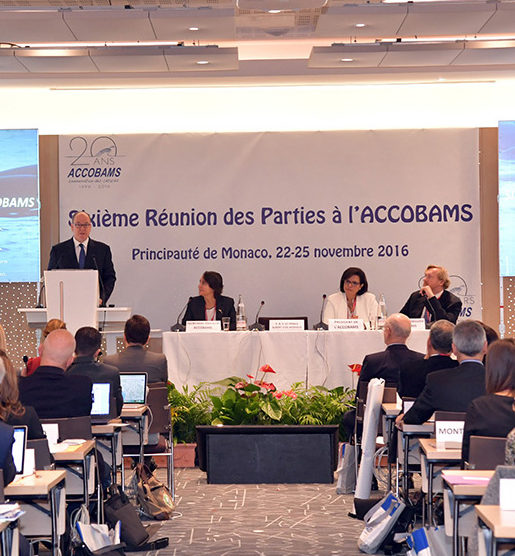 The sixth Meeting of the Parties to ACCOBAMS opened this Tuesday, November 22, 2016 in the presence of HSH the Sovereign Prince, the Minister of State and many leading personalities. It will run until November 25.

November 24 will mark the 20th anniversary of ACCOBAMS, the intergovernmental agreement to mitigate the threats to marine mammals, in particular by improving the state of knowledge of these animals and by implementing appropriate conservation measures.

In his speech Prince Albert underlined that “ACCOBAMS, the true ambassador for the protection of the oceans and the conservation of migratory species, has been able to serve as an example over 20 years in other areas of the world such as the Red Sea, the African coasts, the Pacific and the Caribbean.”

Since the creation of ACCOBAMS, member states have adopted numerous resolutions covering a wide range of topics relevant to the conservation of cetaceans in the Black Sea, the Mediterranean and the adjacent Atlantic area. The Permanent Secretariat has set up various forms of scientific cooperation aimed at acquiring a better knowledge of cetaceans and their environment and has developed collaborations with other international organisations.

HE Mr Serge Telle, Minister of State, HE Mr. Xavier Sticker, President of the Agreement, and Ms Florence Descroix-Comanducci, Executive Secretary also signed the amendment to the Headquarters Agreement for the Permanent Secretariat based in Monaco. 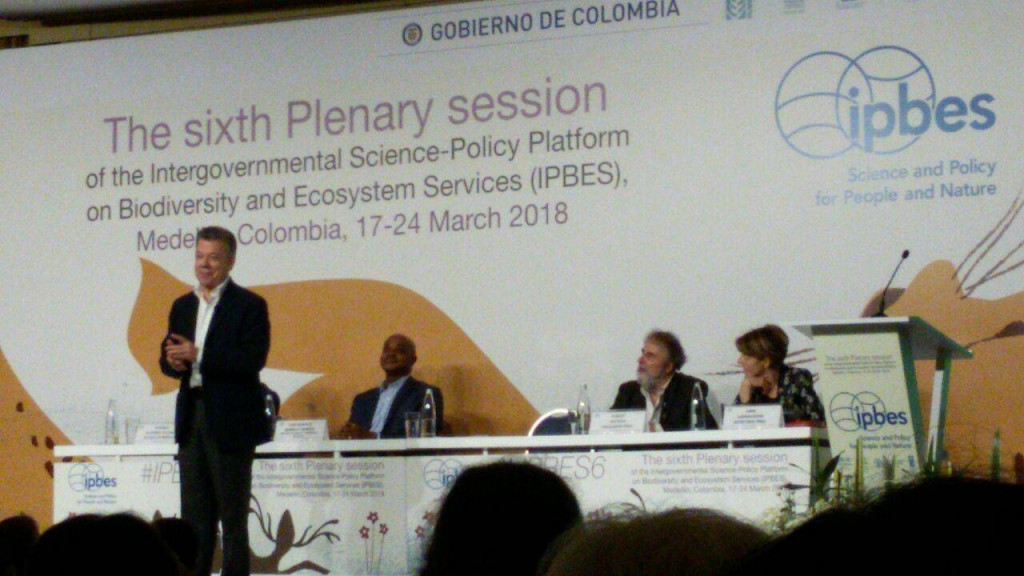 President Juan Manuel Santo. Photo: Facebook Invemar[/caption] In his first official visit to Colombia, Prince Albert spoke during a high-level Reference User Group meeting at Santa Marta, on Monday, March 19, thanking the Colombian authorities for their work on protecting the oceans. “Year after year, your work enables us to draw the world's attention to the very serious phenomenon of ocean acidification,” the Prince said. “I should also like to underline the opportunity presented in 2018 by International Year of the Reef. Because of their vulnerability to acidification, because of their importance in our global ecosystems ... corals should today, more than ever, be at the heart of our strategies." High profile figures who attended the meeting included Juan Manuel Santos, President of the Republic of Colombia; Luis Gilberto Murillo, Colombian Minister of Environment and Sustainable Development and President of INVEMAR; Francisco Arias-Isaza, General Director of INVEMAR; Julia Miranda, Director of National Parks; and Juan Mayr, Colombia's former Minister of the Environment.