Mr Griboval had been sailing for 150 days, avoiding pollution of the sea, and successfully carried out the first ever collection of oceanographic data in the Antarctic Circumpolar Current under the three Great Capes: Good Hope (South Africa), Leeuwin (Australia) and Horn (Chile), with sixty days of solo navigation in the Roaring Forties and the Shrieking Fifties.

In closing his scientific mission on April 2, Mr Griboval said: “It is a great pride to have succeeded in this oceanographic sailing campaign, without polluting the sea, to observe virtually unexplored maritime areas. This is the fruit of ten years of work, notably to develop the OSC System, the unique equipment for the automatic collection and transmission of scientific data. Beyond the oceanographic mission and the sporting challenge of a world tour by sailing solo on a small performance yacht, I consider it essential to observe and testify, to mobilise the widest public in favour of the necessary preservation of the ocean.”

This so far unavailable research is intended for the international scientific community studying the causes and consequences of climate change, via the French Research Institute for the Exploitation of the Sea (lfremer), Météo-France and the Laboratoire d’Oceanography and Climate: Experiments and Numerical Approaches (LOCEAN) of the Pierre et Marie Curie University (UPMC-CNRS).

Yvan Griboval left the YCM on November 17, entrusting his moorings to the Sovereign, with a determination to return as maritime tradition demands. He stopped in Cartagena, Spain, then Cape Town, South Africa, to optimise his scientific equipment for oceanographic data collection and to calibrate the sensors just before entering the Forties.

He then stopped in Rio de Janeiro, Brazil, after sailing nine days without his autopilots, in order to put them back in service before confronting the last part of the course; and not the least complex: the bypass of the Azores High and the delicate ascent of the Mediterranean, from the Straits of Gibraltar to the Principality of Monaco.

This expedition, organised by the philanthropic association OceanoScientific has been supported and supervised by Ifremer, Météo-France and CNRS, was sponsored by the Intergovernmental Oceanographic Commission of UNESCO (IOC-UNESCO) with the assistance of JCOMMOPS and Mercator Ocean.

It has been supported by the Yacht Club of Monaco, by the Oceanographic Institute, Albert 1er Foundation, by the Prince Albert II of Monaco Foundation, and by the Scientific Centre of Monaco.

Local News Staff Writer - January 17, 2019
The Center is being integrated into the local landscape with full respect for the environment. Solar panels will be installed on the roof. 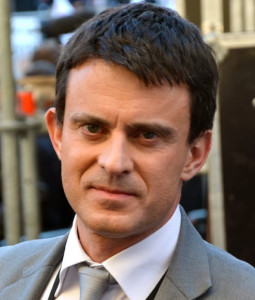 Manuel Valls ©Jackolan1[/caption] French Prime Minister Manuel Valls said on Sunday that France remains a top target for Islamist terrorists. “The threat is at its maximum, as we have seen in recent days, in recent times and even as we speak,” the head of government said several days after the discovery of a car loaded with gas cylinders in the centre of Paris and the arrest of several suspects. He added that the security forces dismantle terror cells every week. “This week, at least two attacks were foiled,” he revealed. Valls said that the number of radicalised individuals in France known to the authorities has been revised upwards to 15,000 from 10,000. “We have nearly 700 French jihadists and residents in France who are currently fighting in Iraq and Syria,” he said, adding that this figure included “275 women and dozens of children”. In Iraq and Syria, 196 French jihadists and residents have been killed to date, according to the Prime Minister. Meanwhile, presidential hopeful Nicolas Sarkozy told the Journal de Dimanche newspaper that the government is not doing enough to counter the terror threat.