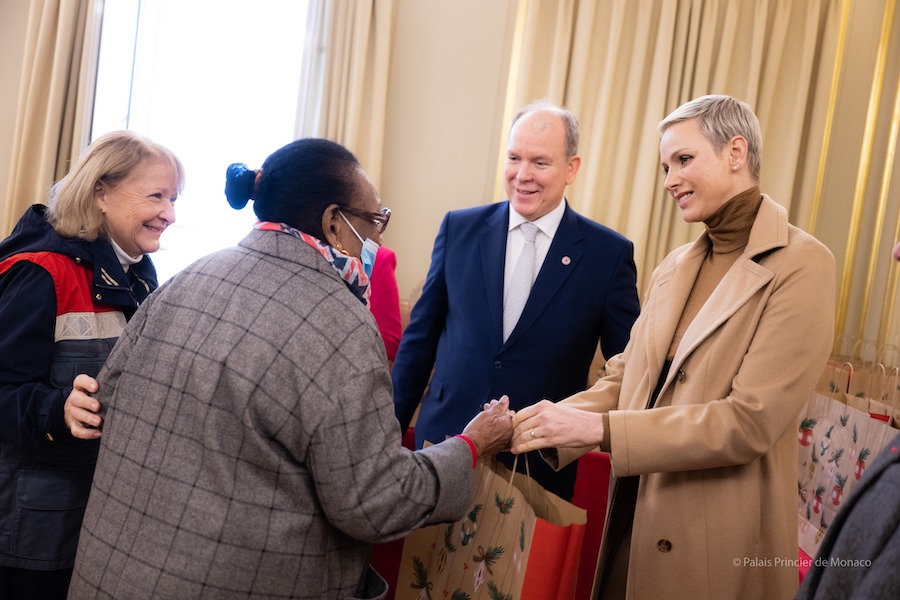 Prince Albert II and Princess Charlene have handed out Christmas gifts as part of a celebrated Monaco Red Cross tradition for those most vulnerable in the Principality.

The gift giving tour, organised by the Monaco Red Cross (CRM), began in Fontvieille, where Prince Albert and Princess Charlene were welcomed by children at the Rosine Sanmori crèche, who performed a show for the Princely couple before receiving gifts and treats.

Afterwards, the special tour took the pair to the Princess Charlene’s Children’s Home (Foyer de l’enfance Princesse Charlène) where they spent time with the young residents and handed out some Christmas gifts. They then finished at the headquarters of the Monaco Red Cross (CRM), where they distributed gifts to people in Monaco’s social services scheme. In total, gifts were handed out to 141 retirees and 69 Ukrainian families who have been welcomed in the Principality and supported by the social services and Ukrainian-speaking volunteers, recruited by the CRM.

For Ukrainian families, a tote bag had been filled with goodies from the Red Cross, sweet treats, entry tickets to the Oceanographic Museum as well as to the Car Collection of H.S.H. the Prince of Monaco, an Albert I the Explorer Prince comic strip and a book of The Principality of Monaco in pictures.

In their packages, children received Decathlon vouchers. Gifts were also sent to over 30 inmates of the Monaco Remand Prison.

As part of celebrations marking the 40th anniversary of Prince Albert II as president of the Monaco Red Cross, the public are invited to the Big Top in Fontvielle from 1pm to 4pm Friday for a fun afternoon of workshops and games for children and adults. Entrance is free.