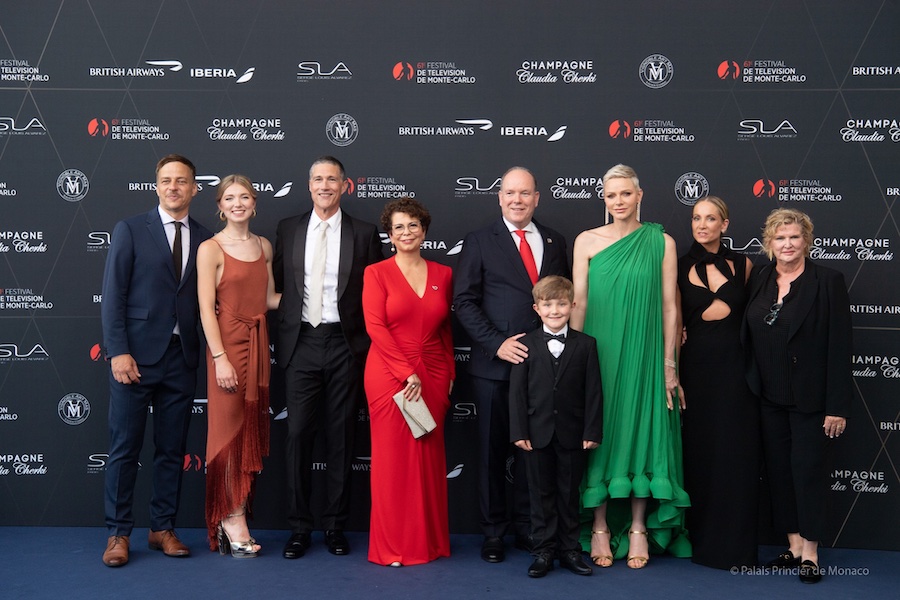 Princess Charlene looked dazzling in green as she accompanied husband Prince Albert to the opening ceremony of the Monte-Carlo Television Festival on Friday night.

After walking the red carpet and posing for selfies with the public at the Grimaldi Forum, Princess Charlene and Prince Albert took to the stage to declare the 61st Monte-Carlo Television Festival officially open.

During his speech, Prince Albert II of Monaco said, “Our Festival has always showcased on the one hand creativity, quality fiction production, and on the other hand, journalistic work for a better understanding of the real challenges, the major geopolitical and economic equilibria of the world we live in. Its content evolves constantly to integrate the technological developments which have turned the way we consume images, particularly with the development of digital platforms.”

Created to recognise brilliant and exceptional rising talent, Princess Charlene then presented the very first International Golden Nymph for Most Promising Talent to French actor Théo Christine star of War of the Worlds, SKAM, and Suprêmes.

The opening night of the Television Festival each year features a world premier, and on Friday the public was able to attend the first two episodes of the series Last Light. Based on the highly successful novel by Alex Scarrow, Last Light is directed by Dennie Gordon (Jack Ryan) and stars Matthew Fox (Lost), Joanne Froggatt (Downton Abbey), Tom Wlaschiha (Game of Thrones) Alyth Ross (Traces) and Taylor Fay (Judge Rinder), all of whom were in attendance at the special screening.

“In the Golden Age of Content, there is no doubt that our Festival has become a leading force in the celebration of all aspects of the global television business,” said Laurent Puons, CEO of the Monte-Carlo Television Festival. “With an incredible line-up of the very best programmes and talent, both in front of and behind the camera, we are looking forward to delivering an exciting edition over the coming five days.”

Local News Cassandra Tanti - July 11, 2019
High school students who achieved excellent results in the 2019 baccalaureate have been received by the government of Monaco and a host of dignitaries during a special ceremony.

Culture Stephanie Horsman - July 19, 2021
Cap d’Ail’s new nursery school has officially been named the Ecole Samuel Paty, after the schoolteacher who was assassinated near Paris by a young Muslim extremist.