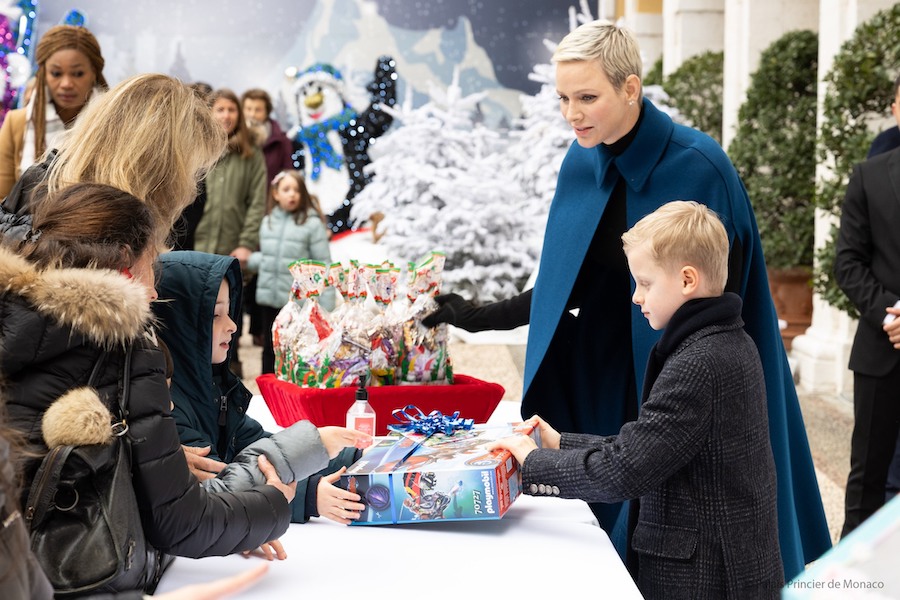 Prince Jacques and Princess Gabriella were as thrilled as the young Monegasques that had been invited to the Palace Courtyard on Wednesday for festive cheer and traditional gift giving by the Princely Family.

Just like the Christmas Village at Port Hercule, the theme of the annual children’s Christmas gift-giving event in the Palace this year was Christmas on Ice, in honour of the centenary of the death of Prince Albert I, the “Explorer Prince”, who had led expeditions to the Arctic, including Spitzbergen.

Upon entering the courtyard on Wednesday 15th, twins Prince Jacques and Princess Gabriella were clearly delighted with the way the courtyard had been decorated with penguins, polar bears rain deer and walruses.

Entertainment included a Santa and a mini football ground to mark the current FIFA World Cup.

The eight-year-old twins were joined by their parents Prince Albert and Princess Charlene to distribute gifts to hundreds of little Monegasques, in an annual tradition that began with their parents, Prince Rainier III and Princess Grace.

In total 700 gifts were handed out in a show of festive affection for the young citizens of Monaco and their parents.

Click on the gallery below for more images of the event…