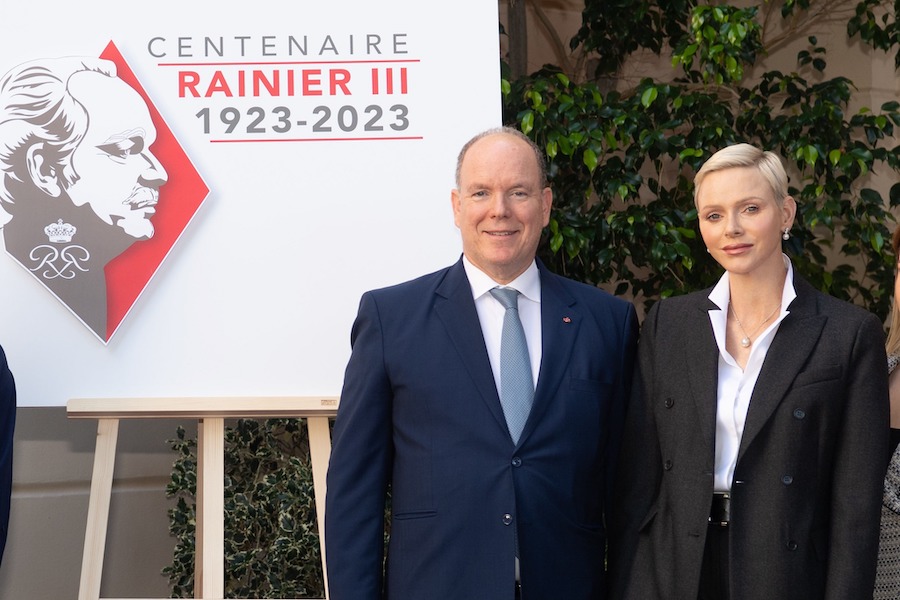 Prince Albert and Princess Charlene were joined by members of the Princely family in unveiling the official logo that will accompany all commemorative events linked to the centenary of the birth of Prince Rainier III, which takes place next year.

As Honorary President of the Commemorative Committee, Prince Albert on Wednesday was joined by his sister and Honorary President Princess Stéphanie, as well as Princess Charlene, Caroline Princess of Hanover, Mr. and Mrs. Louis Ducruet and Camille Gottlieb, as well as government ministers and other personalities, in unveiling the official logo.

Commemorations are due to take place in 2023, marking 100 years since the birth of Prince Rainier III.

They will begin on 31st May, the day of his birth, and will pay tribute to the late Prince, former Head of State, a “passionate man and father of a family”, said the Palace in a statement on Wednesday.

“The year 2023 will make it possible to celebrate his memory, to make it known to the younger generations his work, and to remember the man who devoted his life to the service of the Principality,” concluded the Palace.

The logo includes a profile portrait of Prince Rainier III, his insignia, and the red and white colours of the Principality of Monaco.