Prince’s Carabiniers to play at international event on Red Square 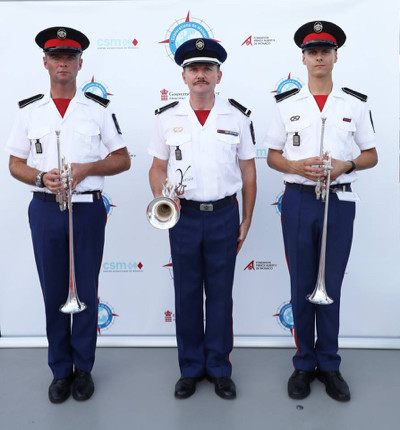 The Orchestra of the Carabiniers of the Prince will be playing in Moscow this summer, at the Spasskaya Tower International Military Music Festival on Red Square, news outlet Sputnik International reports.

“Our performance at the Spasskaya Tower festival will include a musical composition from the Game of Thrones. We are also preparing many other surprises for the audience of the festival. It will be interesting,” head of the orchestra Olivier Drian told RIA Novosti.

The annual military music event will be held on Red Square from August 24 to September 2. More than 40 countries have taken part in the festival since 2006. The event is named after the world-famous Spasskaya Tower of the Moscow Kremlin

The head of the orchestra said that when the 24 carabineers leave Monaco, the other bodyguards have more work to do protecting the Prince.

“Most recently we played at the Prince’s birthday, and it was a special event in which many different bands participated. I think Prince Albert liked everything because my head is still on my shoulders,” Olivier joked.

The Spasskaya Tower International Military Music Festival 2018 will see the participation of many Russian and foreign military bands, folk groups and the honour guard units of foreign countries.

Local News Staff Writer - July 24, 2018
As the summer season opens, the artist Philippe Pastor has reminded us of the fragility of our environment, especially the risk of forest fires that regularly ravage the PACA region.

Local News Cassandra Tanti - July 5, 2019
Prince Albert II has unveiled the logo of the Commemoration Committee of Prince Albert I.