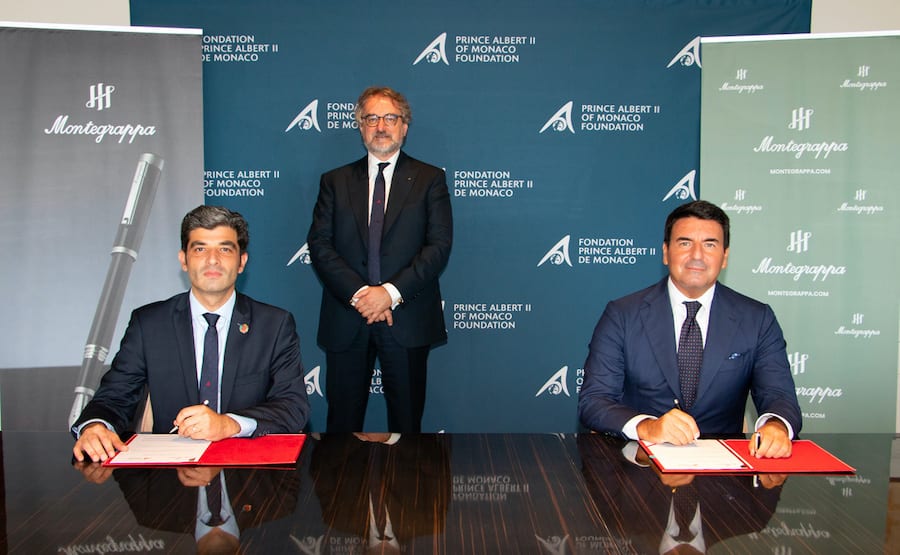 In a new partnership with the Prince Albert II of Monaco Foundation, Italian luxury goods maker Montegrappa will create a series of limited edition fountain pens symbolising the Foundation’s actions in the field of environmental preservation.
Montegrappa is a luxury goods manufacturer founded in Bassano del Grappa in 1912, north east Italy, specialising in writing instruments, cufflinks, fragrances and accessories, and renowned for its handcrafted fountain pens.
Sensitive to the actions carried out by the Prince Albert II of Monaco Foundation in the fight against climate change and the development of renewable energies, the preservation of biodiversity, the management of water resources and the fight against desertification, Giuseppe Aquila has designed three limited series of fountain pens, each symbolising one of these major issues.
From September 2021, a special series will be produced every year, to the delight of collectors and lovers of exceptional products.
Vice-President and CEO of the Prince Albert II of Monaco Foundation Olivier Wenden, and Chairman of Elmo and Montegrappa Giuseppe Aquila, met at the Monaco Yacht Club late last month to sign the partnership agreement in the presence of the Vice-President of the Foundation’s Italian branch, Marco Colasanti.
Among Montegrappa’s previous series are Ferrari Pens, a series of Elvis Pens, a DC Comics series, and a golf edition.