The High-Level Forum on Sustainable Development, convened by the UN’s Economic and Social Council (ECOSOC), is being held at the United Nations Headquarters in New York from July 17 to 19.

Serge Telle, Minister of State, presented the National Voluntary Review, prepared by the government, on the implementation of the Sustainable Development Objectives on Monday, July 17.

Emphasising the importance of collective action to transform the world through 17 goals against hunger, poverty, disease, inequality, ignorance, injustice, irresponsible growth, climate alterations, degradation of the environment, and the destruction of the oceans, he declared: “Monaco spends more than 1.1 percent of its revenues on official development assistance (…) and more than 65 percent of its financing to seven of the least advanced nations, in the form of donations.”

“(Bearing in mind) its size and with its means, Monaco wants to be positive and responsible.” Mr Telle added that the Principality has itself reached “a very high level of human development”. Monaco wishes to be an active player in the world by providing development assistance, he said.

“It is in our common interest to engage collectively in the way that the United Nations proposes today: that of Sustainable Development.”

India welcomes chefs “with their heart” 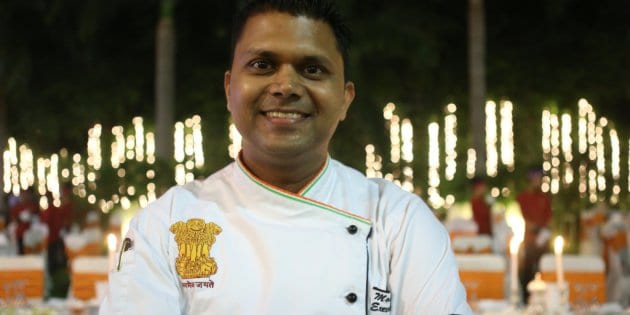 Montu Saini, Executive Chef to President Pranab Mukherjee. Photo: Club des Chefs des Chefs[/caption] French businessman Gilles Bragard, the man responsible for bringing the personal chefs of world leaders together in an exclusive club, says “Le Club des Chefs des Chefs” (CCC) members are impressed with their trip to India as people are warm and welcoming. The club is on its first visit to India since its inception in 1977 in Paris. Touted to be the world's most exclusive gastronomic society, the club aims to use food as a bridge between cultures and societies. The club visits one member country every year to exchange ideas and explore new cuisines, the Press Trust of India reports. According to Mr Bragard, Montu Saini, Executive Chef to President Pranab Mukherjee, was very keen to bring the club to India and he is happy that the club is finally in the country. "Indian people are very open and they like to show the best of their culture and gastronomy. They like to welcome with their heart, there is nothing artificial," he told PTI in an interview. Mr Bragard says there is more curiosity about Indian cuisine in the international arena than before and it will only grow in future. "Gastronomy in India is becoming important. Everybody thinks it is the best time for India." The Paris-based club announced a three-month scholarship for the top student of the Institute of Hotel Management, Pusa in New Delhi, to train in the palaces of Europe, including in Monaco, during their first press conference, hosted by The Imperial. Mr Bragard believes the club, which has grown into a prestigious institution, has been a success because the members are treated equally. "They are international friends, there is no bitterness as they are on the same level. Monaco is the smallest country but Christian Garcia, who is chef to Prince Albert II of Monaco, is the president of the club. Our club should work as an example to Heads of States."