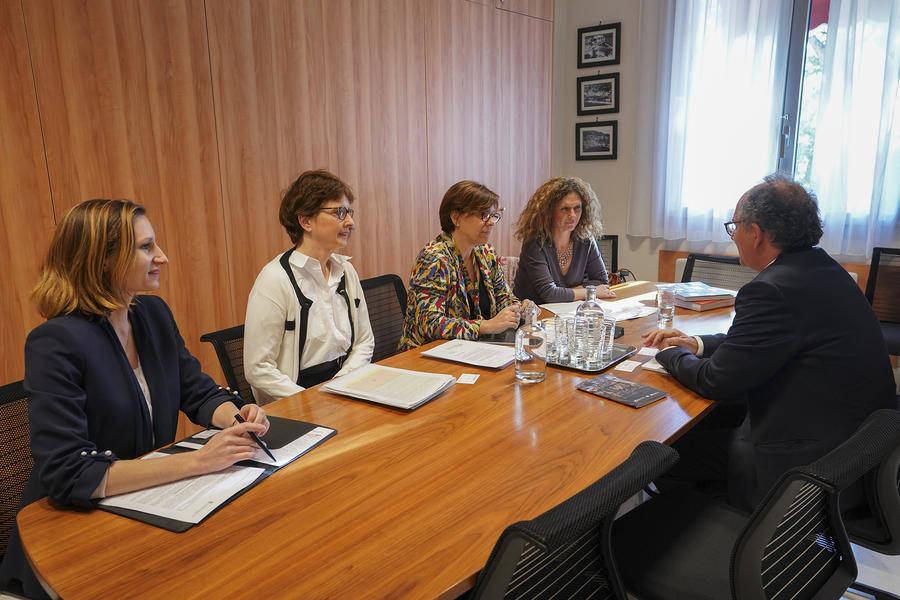 Ms Isabelle Rosabrunetto, Director General of the Department of External Relations and Cooperation, accompanied by a delegation, received on Friday, 11 January, Paolo Artini, new representative of the Office of the United Nations High Commissioner for Refugees (UNHCR) in France and at Monaco.

This meeting took place in the wake of the adoption by the United Nations General Assembly last December 17 of the Global Compact for Refugees, under the leadership of UNHCR which led the process of consultation and negotiation.

The Pact renews the response of the international community to the challenges of large-scale forced displacement in support of host countries and refugees.

Considering the ever-increasing needs of UNHCR, whose target population has doubled since 2010 to reach nearly 80 million vulnerable, refugee, displaced or stateless persons, the Prince’s Government has decided to increase, in 2019, its operational support.

It will help 4,700 adults, refugees in Morocco and Tunisia, find employment and support the education of more than 4,300 refugee children in Lebanon and Mauritania.

The working meeting was an opportunity to discuss the 30th anniversary of the International Convention on the Rights of the Child, celebrated this year. Monaco, a signatory to this convention since 1993, has made the right to education for vulnerable children, including refugee, displaced and stateless children, a priority.

This meeting illustrates Monaco’s commitment to respect for the right of asylum and the values ​​of humanity and solidarity it promotes and the commitment of the Monegasque authorities in its support for UNHCR’s actions to help refugees who flee crises and conflicts.

As a reminder, UNHCR is one of the three privileged UN partners of the Monegasque Cooperation, with the World Food Program and the World Health Organization.

Paolo Artini has been working since 1993 for UNHCR. He has served in many countries including Kuwait, Mauritania, Ethiopia, the Balkans and Italy. Before being appointed at the end of 2018 in France, he served as Deputy Representative for UNHCR in Turkey and at the Regional Representation for Western Europe.