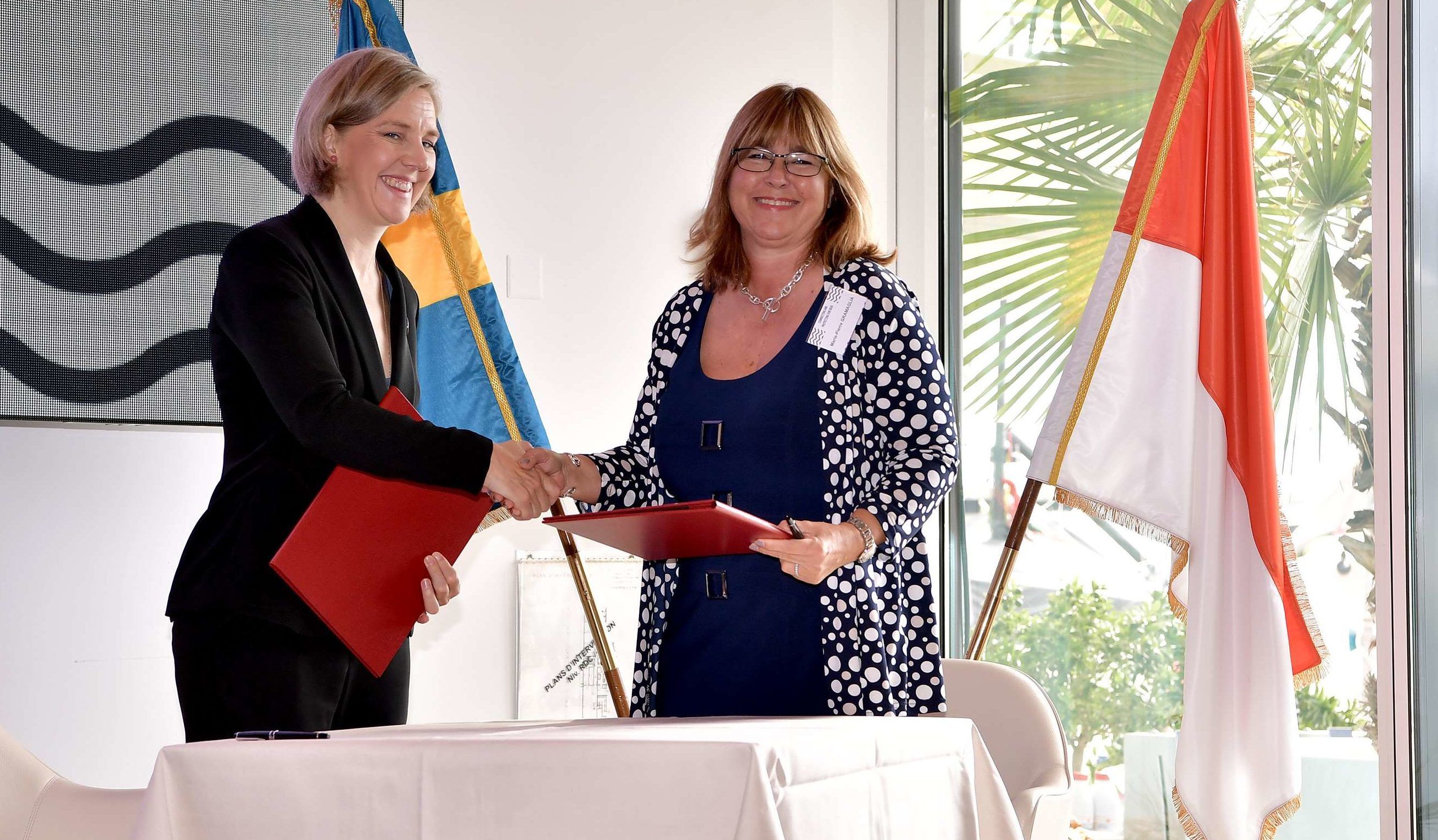 A follow-up dialogue at the United Nations Oceans Conference, held in New York last June, was held at the Yacht Club of Monaco on Friday, October 13.

“Connecting and protecting our seas: initiatives in the Baltic and the Mediterranean” took place in the presence of HSH Prince Albert, and HRH Prince Carl Philip of Sweden, and representatives of Sweden in France and Monaco.

As part of this event organised by the Prince Albert II of Monaco Foundation, a Declaration of Cooperation was signed by Marie-Pierre Gramaglia, Minister of Environment, Public Works Urban Development, and her Swedish counterpart, Karolina Skog.

This agreement confirms the determination of the two states to broaden their commitment to the oceans, to encourage the sharing of experiences on existing solutions and to develop concrete initiatives.

The better sharing of information and know-how in order to work for the preservation of the Baltic Sea and the Mediterranean Sea are prioritised. The agreement also aims to encourage academic, business and civil society actors to develop dialogues and deepen cooperation.

At the end of the day, Minister Gramaglia concluded: “This meeting made it possible, for the first time, to address issues of pollution, overfishing and the effects of climate change, which affect to varying degrees all the seas on our planet, to focus attention on the oceans, to point out what affects them, with a particular focus on the Baltic Sea and the Mediterranean Sea bordering our respective countries.

It also gave me the opportunity to strengthen the links between the Principality of Monaco and the Kingdom of Sweden, to recall our joint commitment to the implementation of the United Nations 2030 targets to conserve and sustainably exploit the oceans, seas and marine resources.”

Monaco and Sweden share a strong commitment to support the implementation of the sustainable development objective No. 14 (ODD 14) agenda of the United Nations in 2030. As a reminder, more than 90 percent of human-made greenhouse gas emissions since the 1950s have been absorbed by the oceans.

READ ALSO Recharge your laptop by pedalling at train station

Local News Stephanie Horsman - October 5, 2020
Short several players, AS Monaco held the fort, but not enough to take home the win in their match against Brest on Sunday.