Princess back in action at Water Safety Day

Princess back in action at Water Safety Day 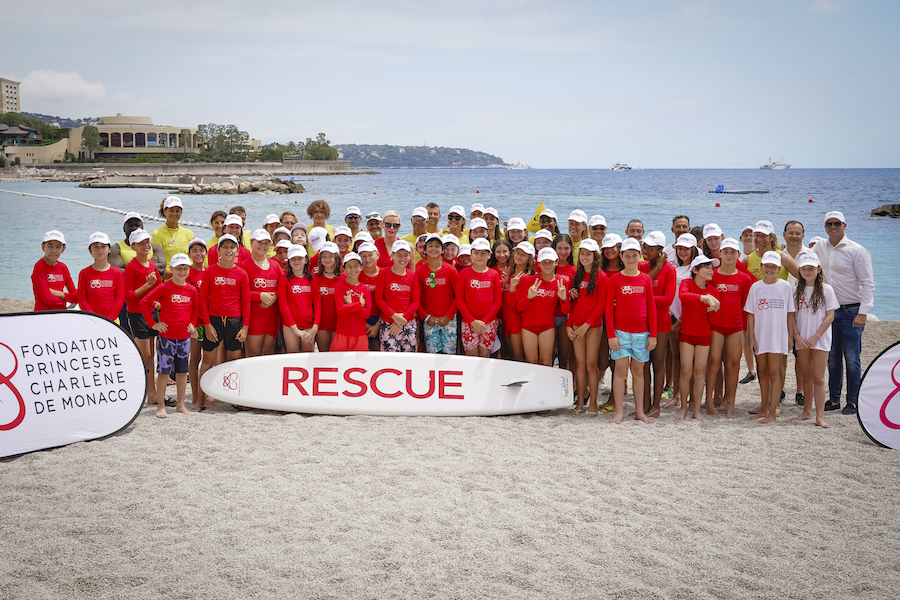 Water Safety Day returned to the shores of Monaco last week after a two year hiatus, welcoming 40 children for a day of rescue training workshops and lifesaving courses with Princess Charlene and her Foundation.

Organised by the Princess Charlene Foundation and the Académie Monégasque de Mer, Water Day Safety Day returned to Larvotto Beach to teach a group of kids from the 6th grade classes of the Collège Charles III and the Institution François D’Assise-Nicolas Barré the basics of lifesaving, water safety and first aid.

The workshops were led by Pierre Frolla, four-time world record holder of freediving and Ambassador of the Foundation, who worked alongside his team from the Académie Monégasque de Mer and the Monaco Red Cross. Additionally, Princess Charlene, an Olympic swimmer herself, was in attendance as a special treat.

During the course of the day, the children learned about inshore rope rescues, rescue tubes, nipper boards, musical sticks and CPR.

They also had the chance to meet a group of professional athletes and personalities, who at the end of the day participated in an Ocean Race, involving swimming, onshore relay races and rescue paddle races in the sea.

Click on the gallery below to see more images from Water Safety Day. Photos source: Princess Charlene of Monaco Foundation…