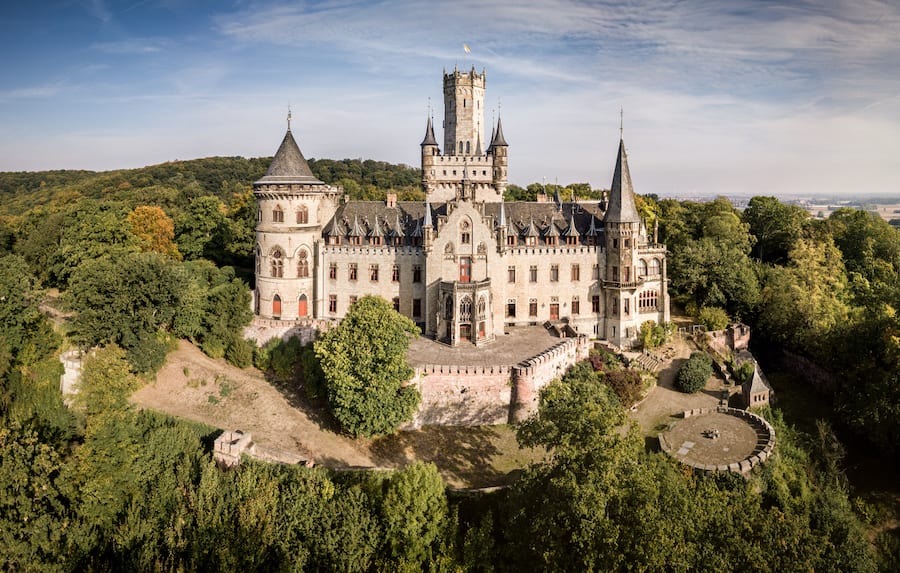 Prince Ernst August of Hanover, Princess Caroline’s estranged husband, is suing his son to regain control of Marienburg Castle, along with several other properties given to him in Germany, citing “gross ingratitude.”
Prince Ernst August of Hanover, 66, has been Princess Caroline’s husband for more than 20 years, however they have been separated since 2009.
According to reports, the head of the House of Hanover and a distant cousin of the Queen is going to court to take back the German properties he had gifted to his son, Ernst August Junior, between 2004 and 2007.
The prince filed suit at the end of last year to reclaim Marienburg Castle, the Calenburg Manor House and a royal property in Herrenhausen, citing “gross ingratitude.”
The spark that set off this father-son clash was Ernst Junior acting against his father’s wishes and offering the 19th century Gothic Marienburg Castle to the state of Lower Saxony for the token sum of €1 to turn it into a public property. The idea behind this not-uncommon set up was brought about by the enormous costs associated with maintaining a property of that age and size.
But this was a bridge too far for Prince Ernst, who throughout the years has been dubbed “the party prince”. He lashed back by accusing his son not only of ingratitude regarding the real estate, but also of improperly appropriating family art and antiques.
The total value of the properties in dispute is estimated to be roughly €5 million.
The 37-year-old Ernst Junior denies the validity of the charges and told German news agency DPA that the accusations “Have already been invalidated out of court in the past”, and that the agreement with Lower Saxony was legally secure.
There’s nothing that stands in the way of the long-term preservation of Marienburg as a central cultural monument of Lower Saxony, open to all,” he said.
A court dates has not yet been set to hear the case.
Prince Ernst has been at war with his son over the family properties for several years, going so far as to deny his son official consent to his marriage to Russian fashion designer Ekaterina Malysheva in 2017, and even skipped attending the wedding. Princess Caroline did attend the nuptials.