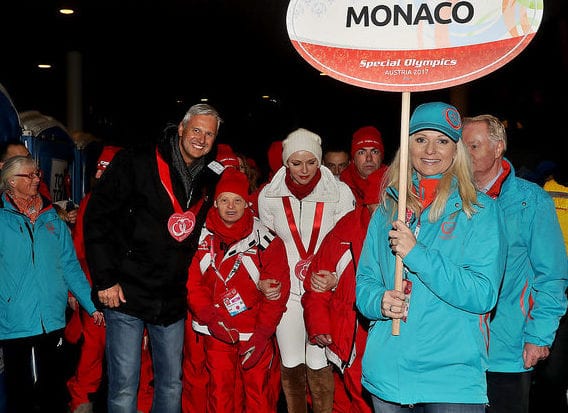 Founded in the early Eighties, Special Olympics Monaco is an organisation under the High Patronage of HSH Prince Albert that provides opportunities for adults and children with intellectual disabilities to practice sport.

Special Olympics Monaco counts more than 70 athletes who represent the Monegasque delegation throughout the world. From the very beginning, Prince Albert had been the association’s Honorary President, until 2012, when Princess Charlene, a passionate advocate of the Special Olympics movement, stepped into the role.

Over the past week, a delegation of 23 athletes from Monaco has been participating in the 2017 Special Olympics World Winter Games in Austria, which runs from March 14 to 25.

Princess Charlene, after an eventful two days with the Monaco-South Africa Rugby Exchange, providing a water safety session with the teams on Friday, March 17, and then supporting the Sainte Devote Rugby Tournament the following morning, flew to Austria later on Saturday to take part in the Winter Games Opening Ceremony at 7 pm.

The Princess met with Team Monaco and then walked proudly alongside them during the Parade of Athletes. Around 2,700 athletes from 107 nations participated in the march at the Schladming Planaistadium, with an additional 1,100 coaches, 3,000 volunteers and some 5,000 family members also in the stadium.

“I am so proud to be here at the Special Olympics to support Team Monaco” Princess Charlene told Monaco Life. “The atmosphere at the opening ceremony was electric, the place was buzzing with excitement.”

The Princess added, “The athletes are such an inspiration to me, their courage is remarkable.”

Athletes are divided into groups based on criteria, such as age and ability. Like the Olympics, the top three finishers in each category are awarded gold, silver and bronze medals. And all participants are given a participation ribbon and the chance to stand on the victory podium.

Monaco’s team is made up of 17 male and 6 female representatives competing in three sports: alpine skiing, cross-country skiing and snowshoeing, and the Principality has earned several podium positions over the last few days.

The Closing Ceremony for the 2017 Special Olympics World Winter Games will be held on Friday, March 24, at 7 pm. 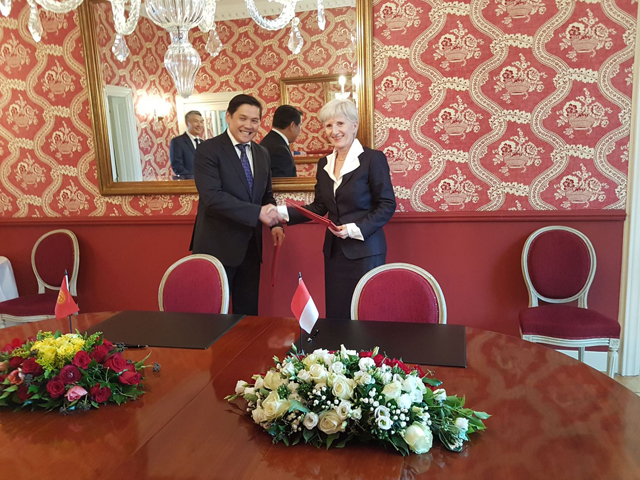 Sports Staff Writer - July 3, 2018
The crews taking part in the Barj's Race Challenge arrived on Sunday, June 17 at 11:55 in Port Hercule after 36 hours of sailing between Ile Rousse and the Principality.