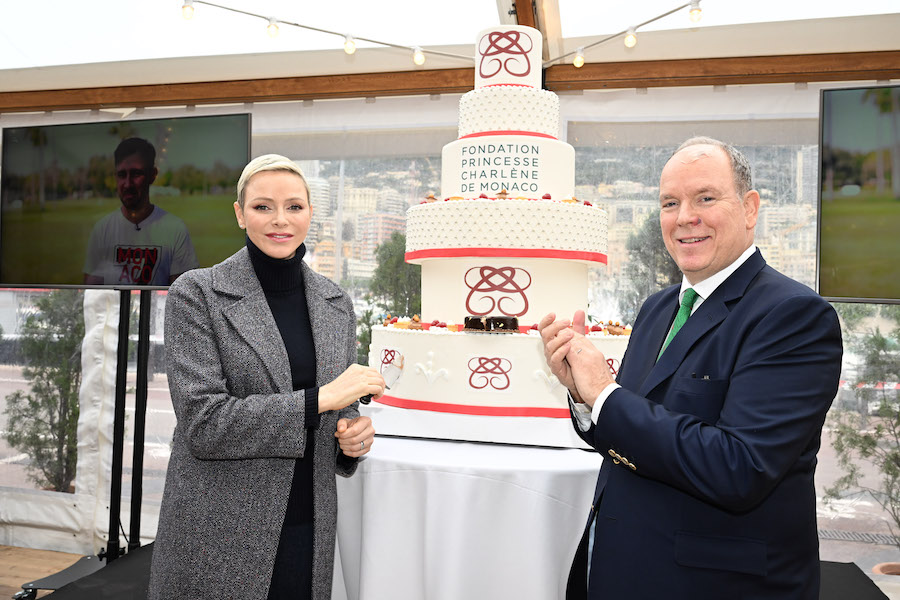 Princess Charlene of Monaco on Wednesday celebrated the 10th anniversary of her Foundation with a ribbon cutting ceremony at its new headquarters and a giant birthday cake.

Princess Charlene, a former Olympic swimmer and witness to the devastating reality of drowning and aware of the positive changes that sport can bring to a life, created her namesake Foundation in 2012 with the aim of offering more positive opportunities to children around the world.

For 10 years, the Princess Charlene of Monaco Foundation has been working to prevent drowning and inspire children through the values of sport.

“Sport has the power to change lives – positively affecting an individual, a family, a community. Sport teaches compassion, inspires and gives hope, and can unite people and countries,” says her Foundation.

Over the past decade, more than one million people have benefited from the Foundation’s and its partners’ programmes in 43 countries through 510 different projects.

More than 510 projects have been supported and created by the Foundation in countries such as Argentina, Bangladesh, Burkina Faso, Cambodia, Cameroon, Canada, Ecuador, France, Ghana, Greece, Japan, Senegal, Serbia, Sri Lanka, Tanzania, Thailand, to name but a few.

In 2022, new projects were implemented in countries such as Brazil, Haiti, and Jamaica and in the French overseas departments of La Réunion and Martinique.

To mark its 10th anniversary, the Princess Charlene of Monaco Foundation invited donors, partners and personalities, in the presence of H.S.H Prince Albert II and Princess Charlene, H.S.H. Princess Stephanie, Gareth Wittstock, Secretary General of the Foundation, and Pierre Dartout, Minister of State.

After a blessing by Monseigneur Dominique-Marie David, Archbishop of Monaco, Princess Charlene inaugurated the new premises of Her Foundation located at 4, Quai Antoine 1er.