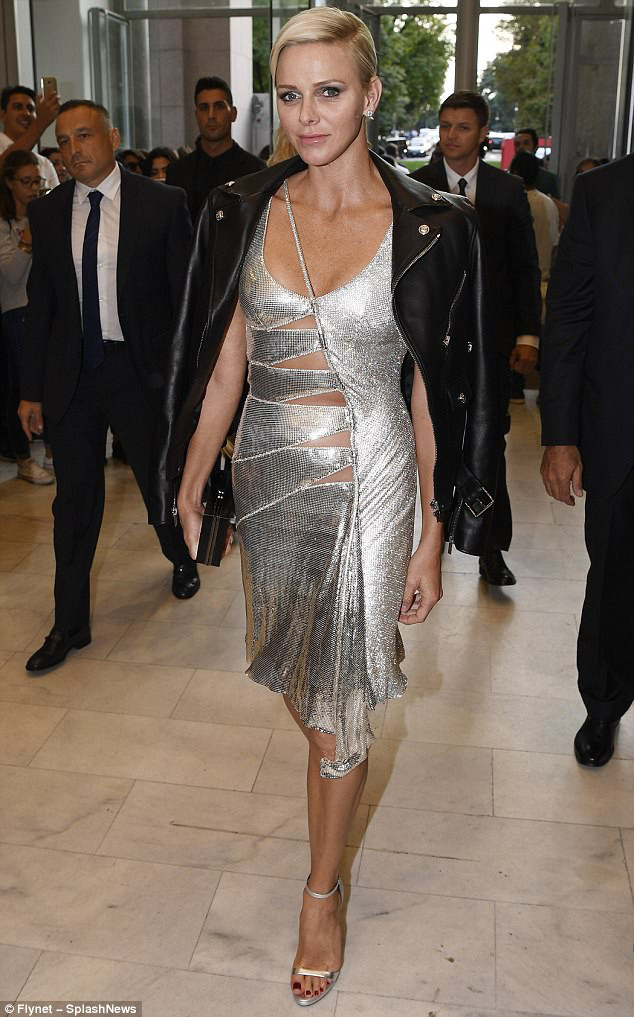 ALERT ALERT! Another Monaqasque royal has popped up in the front rows of Milan Fashion Week. While her niece Charlotte Casiraghi was gracing the Gucci Spring Summer 18 show in the Italian fashion capitol, aunt Her Serene Highness Princess Charlene was on the other side of town catching the Giorgio Armani show.

Back in 2011, the Italian designer was responsible for her wedding dress, which took three seamstresses and 2,500 hours to make, as well as her dress for the dinner and ball that followed. Sitting front row next to Giorgio’s niece, Roberta Armani, who is also the director of PR for the fashion house, Princess Charlene was joined by Academy Award-winning actress Cate Blanchett.

Friday however the Princess was feeling a little bit more adventurous in her fashion choices.

Clearly HSH got the memo early that the Versace Spring Summer 18 show was going to be nothing less than iconic and she pulled out all the stops. Sitting front row next to F1 driver Lewis Hamilton, whom she and Prince Albert spent time with during last year’s Monaco Grand Prix, HSH took in the tribute to Gianni Versace.

In a silver chain mail dress complete with cut outs and a black leather Moto jacket, the Princess was more than happy to shatter all your expectations of how a royal should dress. Seeming to be the second act to the silver sequinned Atelier Versace jumpsuit she wore back in July at the Red Cross gala it seems Charlene + Versace is the perfect style match to get people talking. 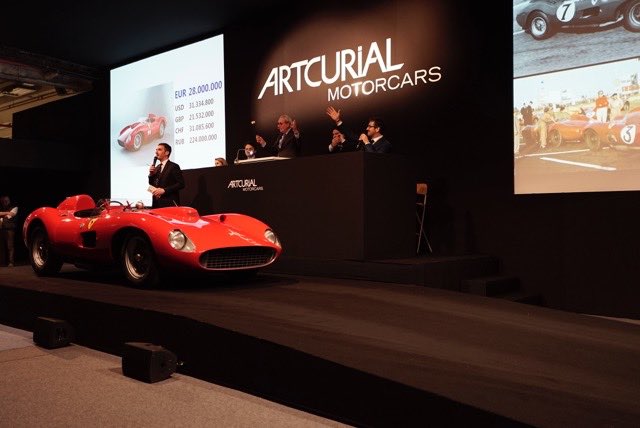 Top price ever paid for a Ferrari was for a 1957 Ferrari 335 S Spider Scaglietti[/caption] Police in Spain have discovered a clandestine workshop where middle-of-the-range cars have been dismantled and reconstructed to be passed off as Ferraris and Lamborghinis. Fourteen vehicles, in various stages of transformation, were found in a workshop in Sils, in the Gerona province in the northeast of the country. Four of the cars, rebuilt to resemble Ferraris, were ready to be sold online, the police said. The Spanish authorities were led to the operation after finding a counterfeit Ferrari in the Mediterranean city of Benidorm. The top price ever paid for a Ferrari in the collector’s car market was at auction $35,711,359 (€32,075,200) in February 2016 for a 1957 Ferrari 335 S Spider Scaglietti. https://monacolife.net/?p=9186

Local News Lauren Coles - May 14, 2019
The weekend’s Formula E-Prix has been deemed a huge success and Monaco has once again delivered a sustainable, fun and educational event.