Home News Local News Princess Charlene visits maternity ward, “We have to support each other”

Princess Charlene visits maternity ward, “We have to support each other” 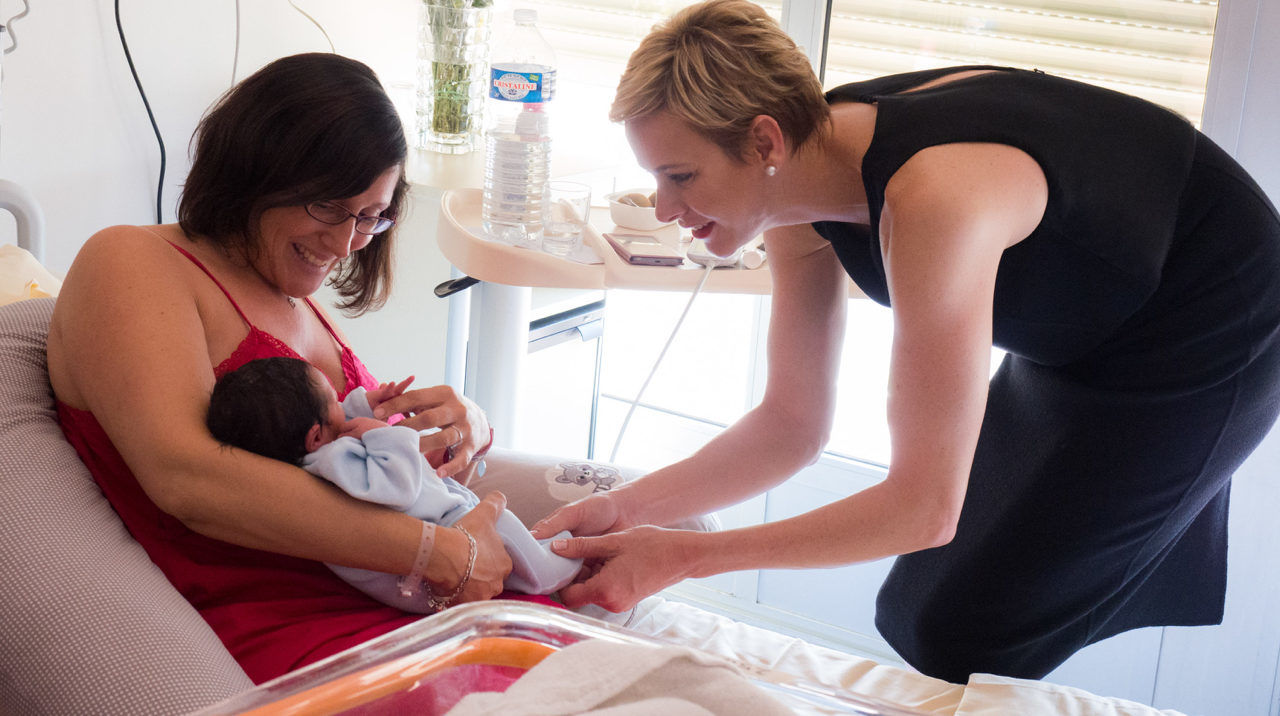 Sunday, May 28 may have been dominated by Grand Prix action in Monaco but it was also Mother’s Day, and HSH Princess Charlene paid a pre-race visit to the Princess Grace Hospital Centre (CHPG) to meet new mothers and babies.

Spending time in the maternity ward with the newborns – five boys and two girls, including a set of twins – the Princess wanted to highlight that for many people Mother’s Day can be a difficult day.

“We have to support each other within our communities and, especially at this time, those for whom Mother’s Day is a painful one,” the Princess, whose Foundation is about educating children in water safety, told Monaco Life.

The Princess has been “very affected” by the events in Manchester on May 22 that killed 22 people, seven of whom were children.

“I am so blessed to have two such beautiful and happy children but I have many children around the world that I cherish and so when I see what happened in Manchester my heart is crying with those families who lost a precious loved one,” the Princess added, which is why as a sign of solidarity she compassionately chose to wear a black ribbon pin for all events in Monaco over the Grand Prix weekend.

Although a minute’s silence was observed last Thursday at 2 pm on the race circuit by the Princely couple and all the F1 drivers, Princess Charlene, who is Honorary President of Special Olympics Monaco, placed white roses at the altar of the hospital chapel on Sunday in memory of the young victims of Manchester. This followed a short ceremony for the blessing of the newest arrivals to the Principality and their mothers.

Princess Charlene’s own children, Prince Jacques and Princess Gabriella, twins, were born at CHPG on December 10, 2014.