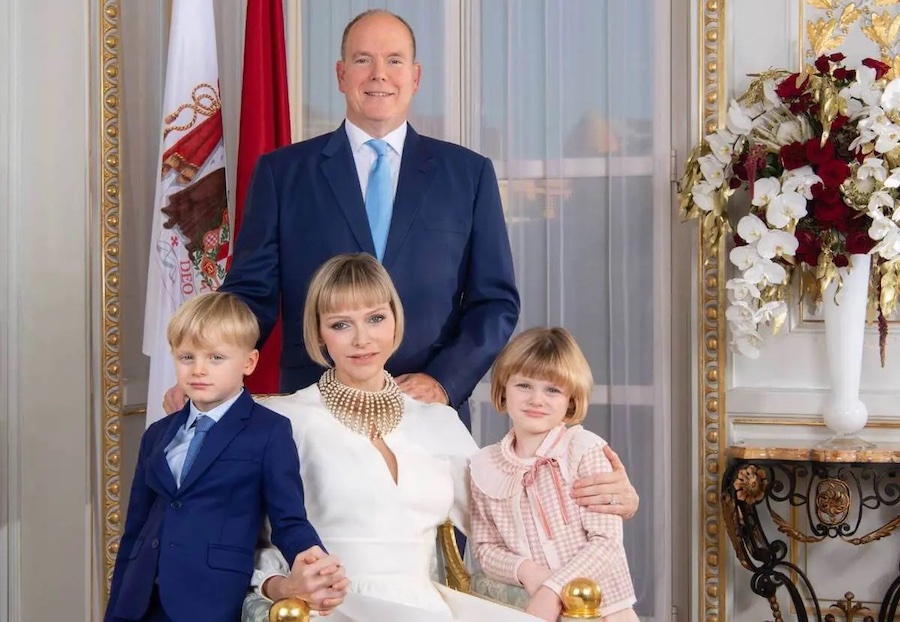 As the Princely family celebrated Monaco’s Patron Saint on Thursday, the Palace issued a statement confirming Princess Charlene’s absence this year, stating that the mother of two’s recovery is “very encouraging” and will continue for a number of weeks.

Prince Albert II was joined by members of his immediate family in the Cathedral on Thursday morning for the Pontifical Mass of Saint Devoté. Notably absent from the mass, and the traditional burning of the boat on the previous evening, was his wife Princess Charlene.

As the family and Monegasque officials prepared to take part in the procession to the Palace with a shrine containing the saint’s relics, the Palace released a press statement confirming that Princess Charlene was indeed absent from the celebrations due to her ongoing recovery, but that she was there in spirit.

“Princess Charlene’s convalescence is currently continuing in a satisfactory and very encouraging manner,” said the Palace. “Her recovery, as well as the follow-up of her dental care, should still take several weeks. The Princess will unfortunately not be able to attend the festivities of Saint Dévote this year.

“With her husband, Prince Albert II, she wholeheartedly joins forces with all Monegasques and residents on the occasion of these celebrations. As soon as her health permits, it will be with joy that the Princess will once again share moments of conviviality with them. During this period, the princely couple ask that their privacy and that of their children continue to be respected.”

After eight months in her native South Africa, where she underwent a series of procedures for a severe ear infection, Princess Charlene returned to the Principality on 8th November. One week later the Palace announced that the Princess was suspending her public duties and entering a treatment facility outside of Monaco for “a state of deep, general fatigue”.

Prince Albert’s sisters, Princess Stephanie and Caroline Princess of Hanover, have both stepped in to fill the official void left in Princess Charlene’s absence, often appearing alongside her children, Prince Jacques and Princess Gabriella.