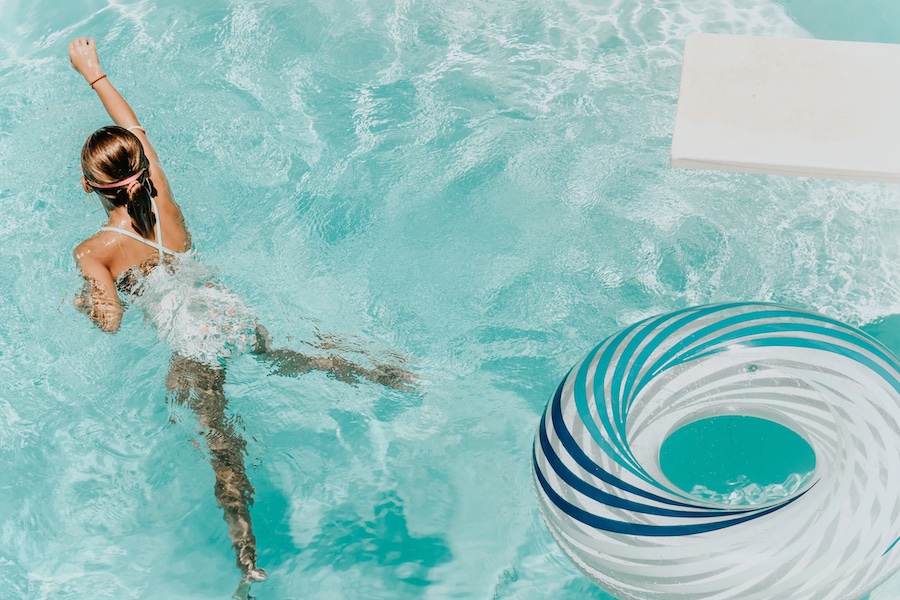 The Princess Charlene of Monaco Foundation is launching a digital awareness campaign and activities for World Drowning Prevention Day 2022 on 25th July to hit home the importance of looking after kids when they are in or near the water.

According to the World Health Organisation (WHO), about 236,000 people die each year from drowning. This statistic becomes all the more tragic when learning that it is one of the leading causes of death for children in low-to-middle income countries, with the main victims being only one to four years of age.

In France, drowning takes the lives of more than a thousand people each year, according to Public Health France. Most of these preventable deaths occur during the summer high season.

“The number of accidental drownings during the months of June, July and August 2021 remains high,” the governmental organisation explains. “Accidental drownings affect all ages and places. These results highlight the need to continue prevention of the risk of drowning at all ages, with an emphasis on the supervision of children and the practice of physical activity, including swimming, considering the state of health of each individual.”

Last summer, the two groups most affected by drowning accidents were those under the age of six and those over 65 with 26% and 20% of the total number coming from these two age ranges.

The Princess Charlene of Monaco Foundation, following WHO recommendations, is taking action. This summer, there will be a campaign on local digital signage networks and social media using the simple but powerful messages, “Take Care of Them” and “Take Care of Yourselves”.

On 25th July, World Drowning Prevention Day, the Foundation will be set up on the Larvotto esplanade, offering activities and rescue demonstrations alongside Monaco Maritime Police, the Monegasque Sea Academy, CSAPM, and the Terre Neuve 06 Association.

They will be on hand to talk about the importance of taking measures to lessen the chance of accidental drownings, including learning to swim and learning lifesaving techniques, keeping an eye on children near the water at all times, checking kids’ floatation devices are properly working, avoiding swimming alone, obeying beach flags and bathing limits, not overdoing it, and avoiding alcohol if planning to be in or near water.

In addition to these general good habits to follow, there are ones more specific to those swimming in the sea versus swimming pools.

Swimmers who like a good dip in the Med should remain in supervised swimming areas and swim with another person. They should also consider swimming with an open water swim buoy to lessen chances of the unthinkable happening as well as swimming parallel to shore, rather than out to sea.

Swimming pools pose different dangers and therefore have different criteria, such as having an adult supervising at all times, swimming at the same time as children, always keeping an eye on them and being particularly vigilant in above-ground pools with no security systems.

These simple common sense tips can save hundreds of lives. To learn more, visit the Foundation’s website on http://www.fondationprincessecharlene.mc/

Photo by Briana Tozour on Unsplash