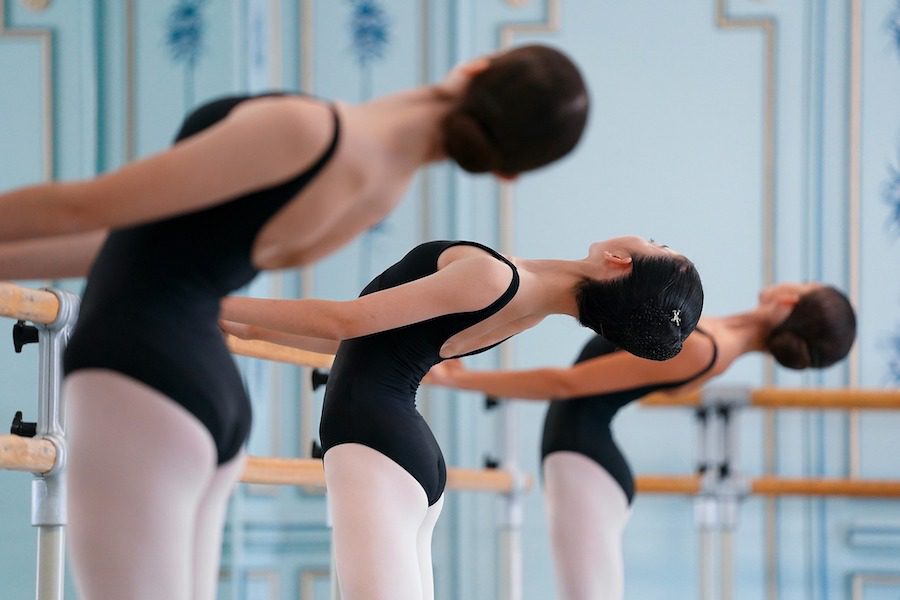 The school year has begun for the elite Princess Grace Academy, where young ballet dancers from around the world come to train to become the stars of tomorrow’s classical dance world.
The Princess Grace Academy receives upward of 10,000 applications per year. Of those hopefuls, only an average of eight to 10 are accepted. These high standards have made the school amongst the most competitive in the world and is the reason it churns out ballerinas who go on to have successful careers in dance at the highest levels.
This year though, an exceptional 19 new students were brought into the fold, ranging in age from 12 to 18, as well as two new instructors – Carsten Jung, former principal dancer of the Hamburg Ballet who will take the place of Michel Rahn for the boys’ class, and Lisa Jones, former dancer of the Ballets de Monte-Carlo who will take over Carole Pastorel’s class from December.
“I have students from Mexico, a lot from America, students from Czech Republic, New Zealand, Australia… We have 16 nationalities and 41 students this year,” Luca Masala, Director of the Academy, told Monaco Info.


The students will take to the stage for the first time this year in November at a show called Les Imprévus for a performance at the Atelier des Ballets de Monte-Carlo. Afterward, they will be involved in the production of Jean-Christophe Maillot’s interpretation of the holiday classic, The Nutcracker, in December and January at the Grimaldi Forum where they will perform a serenade in Act I.
The dancers’ final show will come in June when they perform their end of year gala, showing off all the hard work they put in over the school year.
Two examination sessions punctuate the year, in December 2021 and May 2022, where a professional jury will assess progress.
The ‘Casa Mia’, the magnificent Belle époque style villa that houses the Princess Grace Academy, was acquired by the Prince’s Government in 1975 at the behest of Prince Rainier III and Princess Grace. The aim was to create a prestigious professional training school where Marika Besobrasova could pass on her knowledge to students. Many personalities from the world of classical dance came to work there regularly, including Rudolf Nureyev, Eva Evdokimova, Marcia Haydée, and Yoko Morishita.
Since its inception, the Academy has enjoyed a sterling reputation for the quality of teaching and for the well-rounded students it has produced.