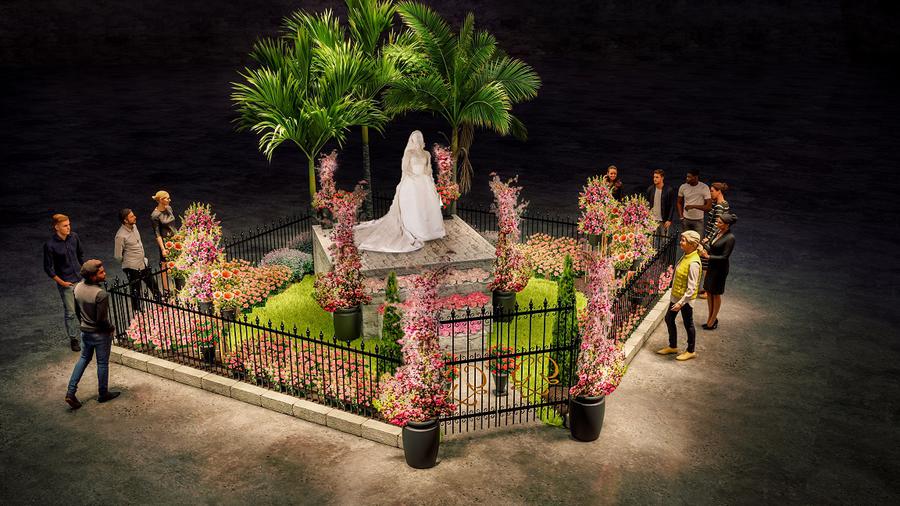 A mini replica of Monaco’s Princess Grace Rose Garden will feature at this year’s Philadelphia Flower Show. The highly anticipated event will be themed ‘Riviera Holiday’ and will spotlight the life and legacy of Grace Kelly, the Philadelphian who became Princess of Monaco.
The Principality is once again partnering with the organisers of the 191st PHS Philadelphia Flower Show to deliver a memorable honour to Princess Grace, who was an ardent gardener. The mini Princess Grace Rose Garden in Philadelphia, created by American stylist Renée Tucci, will display several varieties of roses including the Princess Charlene of Monaco rose, as well as a replica of Princess Grace’s wedding dress and archival photos.
It is the second time that the Principality has participated in the flower show – America’s largest annual fair – after the ‘Gardens for the Senses’ in 1990, a theme dear to the Princess, says the Palace. The partnership commemorates the emotional ties which have united the Principality of Monaco with the city of Philadelphia since 18th April 1956.
On top of being one of history’s best-known Philadelphians, Princess Grace is also remembered for her great love of horticulture. The princess gardened ardently, and was the founder and first patron of the Garden Club of Monaco. She adored flower arranging and held classes on it. As the years went on, she became enamored of pressed flowers and making her own collages of them, some of which eventually became designs for stamps in Monaco.
At the same time, the Prince Albert II of Monaco Foundation – USA branch – is organising a garden and biodiversity symposium on 4th March at the Pennsylvania Convention Centre. The theme of ecological gardening, respecting the environment and biodiversity will be addressed by experts including world famous botanist Dr Peter Raven and Dr Dennis Whigam, an expert in ecology and plants.
These events are designed to offer the general public an opportunity to gain a better understanding of the Principality of Monaco’s commitment to sustainable development and the protection of the planet.
The 2020 Flower Show runs from 29th February to 8th March.