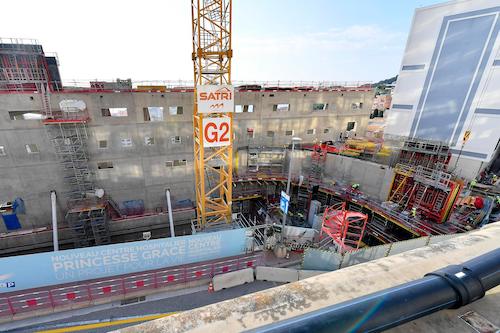 The development of the new Prince Grace Hospital appears to be going ahead as planned. A tour was organised of the construction site as part of the Francophone congress of the Journées de l’Architecture en Santé.

Around 50 architects and engineers were welcomed by Benoîte de Sevelinges, Director of CHPG, and Jean-Luc N’Guyen, Director of Public Works.

The aim was to present the new hospital project and its innovations, but also to show the measures taken to limit the impact of the construction site on the normal operation of the hospital.

The first phase of the new hospital on Avenue Pasteur will include a 500 space parking lot, while two wings are due to be delivered by 2025. The remainder of the hospital, including the emergency section, operating theatres and medical imaging, will be delivered in 2026. Two other wings will be constructed between 2026 and 2030, after which the old Princess Grace Hospital will be demolished.