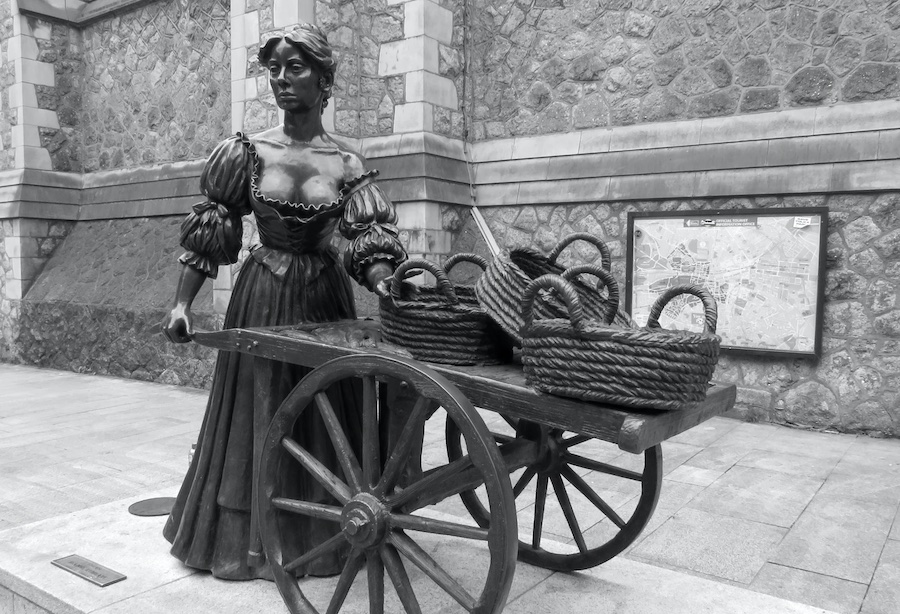 The Princess Grace Irish Library will host author Neal Doherty on Thursday 24th February, who will present a talk on the statues and sculptures of Dublin.

Born and educated in Dublin, Neal Doherty’s first career was with Nestlé, where he managed its chilled food business in Ireland. On retiring, a second career beckoned as a historian and tourist guide. He now works as a freelance guide in French and English for private clients. His tours in the west of Ireland include a visit to the birthplace of Princess Grace’s paternal grandfather near Newport in Co. Mayo.

He will give a multimedia presentation at the Princess Grace Irish Library on the Statues and Sculptures of Dublin, and pose three questions: Do you know what piece of music is featured on the statue of Daniel O’Connell? Do you know which Dublin statue has a hat and a cat as symbols of freedom? Do you know where the statues of The Ten Virgins are located on O’Connell Street?

These questions and many more will be answered in the one hour presentation.

Photo of the Molly Malone Statue, Dublin, Ireland, by Mark Lawson on Unsplash