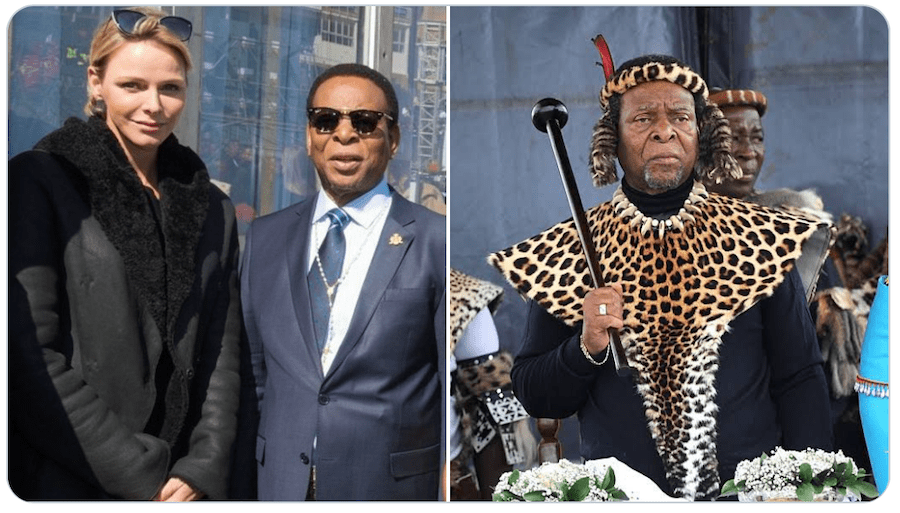 Princess Charlene and Prince Albert II are in mourning after learning of the death of their great friend, Goodwill Zwelithini, King of the Zulu nation, who died aged 72.
The Zulu King Goodwill Zwelithini passed away on 12th March in South Africa, prompting an outpouring of grief from the Princess.
“King Zwelithini was an honourable man with a pure heart,” Princess Charlene said of her friend on social media. “We shared many special moments over the years which I will forever hold dear to me. I will miss my friend and pray that the Zulu Royal Family find solace and comfort during this time.”
The King had been ill for some time with diabetes and succumbed to issues relating to the disease in hospital. He was 72. 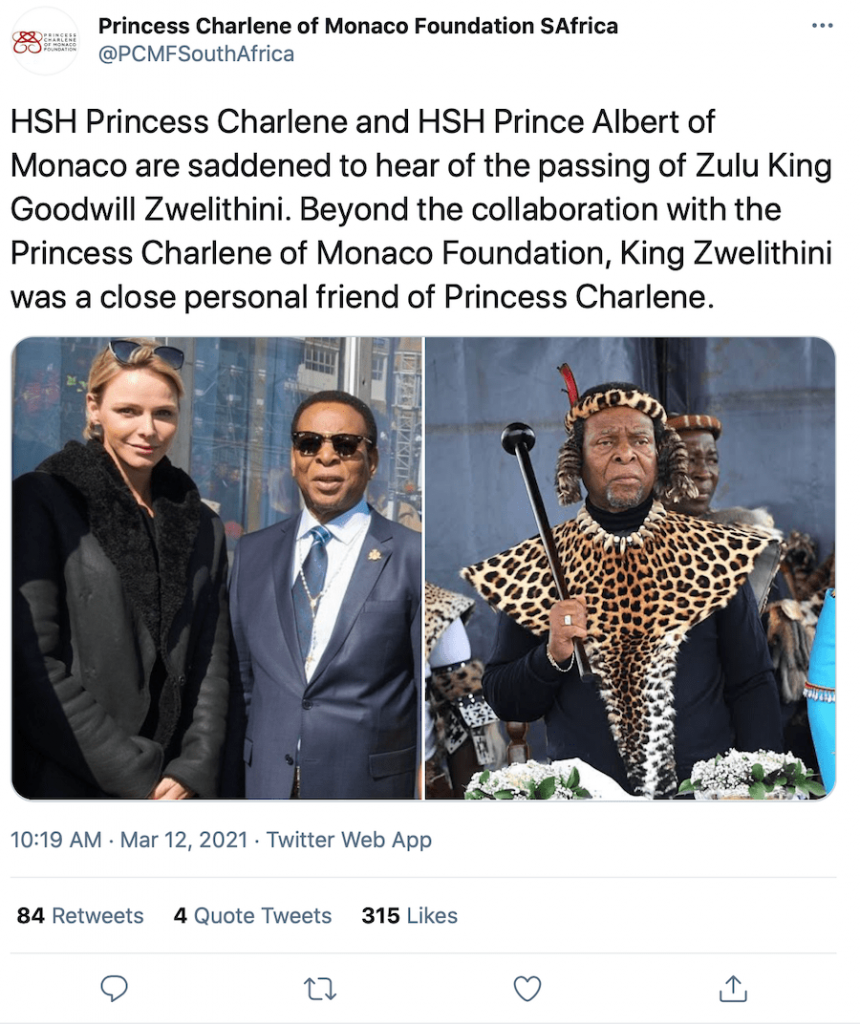 Known for being an influential and traditional ruler, he presided over South Africa’s largest ethnic group, the Zulus, for almost half a century. Despite having no real power, he was the moral and spiritual compass for his people.
He advocated for preserving cultural identity and revived nearly-lost cultural practices by giving them a modern twist. One example is the Umhlanga, or Reed Dance Ceremony, which celebrated virginity amongst girls and raised awareness about HIV/AIDS in a part of the world which sees some of the globe’s highest infection rates.
King Goodwill was also a supporter of the Princess Charlene of Monaco Foundation over the years. The organisation took to Twitter saying, “Princess Charlene and Prince Albert of Monaco are saddened to learn of the death of Zulu King Goodwill Zwelithini. Beyond the collaboration with the Princess Charlene of Monaco Foundation, King Zwelithini was a close friend of Princess Charlene.”
Leading figures from around the world offered public condolences, including former US ambassador to South Africa Lana Marks, who said, “I’m saddened to hear of the passing of His Majesty King Goodwill Zwelithini Kabhekuzulu. In 2019, I had the honour of visiting his home in Kwazulu-natal, where we discussed his leadership towards HIV epidemic control. May his memory be a blessing to the entire Amazulu nation.”
Australian High Commissioner Gita Kamath also had kind words, saying, “My condolences to the Zulu people on the passing of King Goodwill Zwelithini. Just last weekend I visited the epic Zulu war battlefields in Kwazulu, place of heaven, which helped put the courage and pride of the Zulu nation on the global map. May his Majesty rest in peace.”