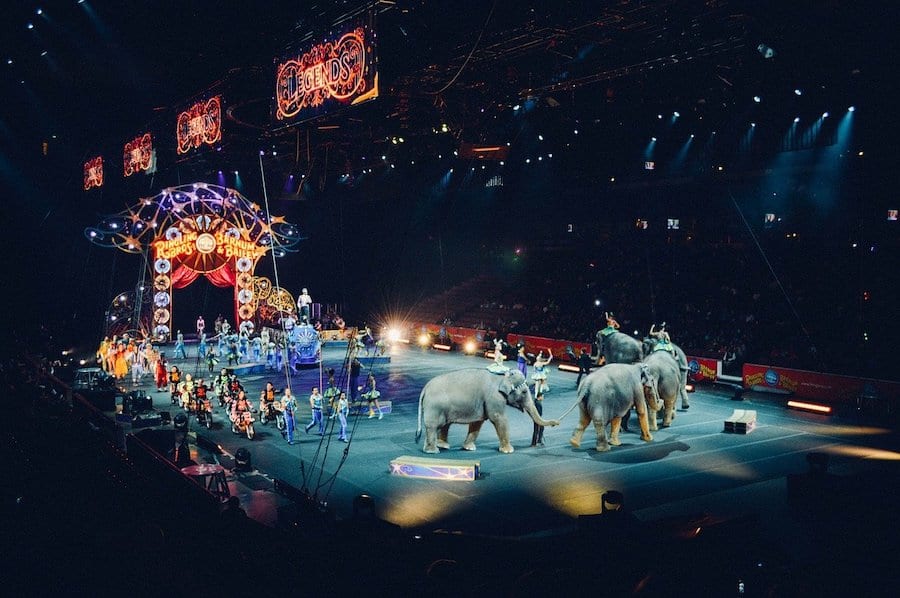 Princess Stephanie of Monaco, President of the Monte Carlo International Circus Festival, has spoke out against the recent French government ban on the use of wild animals in shows.
As President of the Monte Carlo International Circus Festival, Princess Stephanie has long been an advocate and fan of the circus. So much so that she is prepared to take up the gauntlet for circus owners against the recent announcement that there will be an eventual ban on live animals performing in travelling shows in France.
Princess Stephanie railed against the edict, and expressed her anger in an interview with Monaco-Matin.
“I believe that we should not generalise,” said the 55-year-old Princess to the local daily. “Associations that claim to protect animals believe that they are still taken from the wild, which is false. They were born in captivity, just like those seen in zoos.”
She goes on to say that circus animals are loved and cared for like any human members of the troupes.
“Animals that have been born in their owner’s trailer for six or seven generations are loved, just like a domestic animal,” she said. “Snatch these wild animals from the only people who knew and loved them, to place them in a detention centre? It is terrible. As for releasing them into the wild, they will survive three days. If we want to take care of the animal condition, then we must take care of it completely. Domestic animals are very unhappy in their homes, we see them every year abandoned by the side of the road. This is a noble cause too.”
The French ruling, championed by Barbara Pompili, Minister of Ecological Transition under Prime Minister Jean Castex since earlier this year, also bans farming minks for fur as well as retaining dolphins and whales in captivity in marine parks and has been called an “historic victory” for animal rights.
“Our attitude to wild animals has changed,” Ms Pompili said during a press conference. “It is time to open a new era in our relationship with these animals.”
The ban would not affect zoos and other permanent attractions, only travelling shows, and would disallow lions, tigers, elephants and other wild animals to go on the road with them. Also in the measure, and effective immediately, the marine aquariums of France will no longer be allowed to breed or bring in new dolphins or orcas.
The government will be offering an €8 million package to assist circuses and marine parks to adjust to the new regulations. It is also considering building a sanctuary for animals who are currently in captivity and who will be in need of new homes.