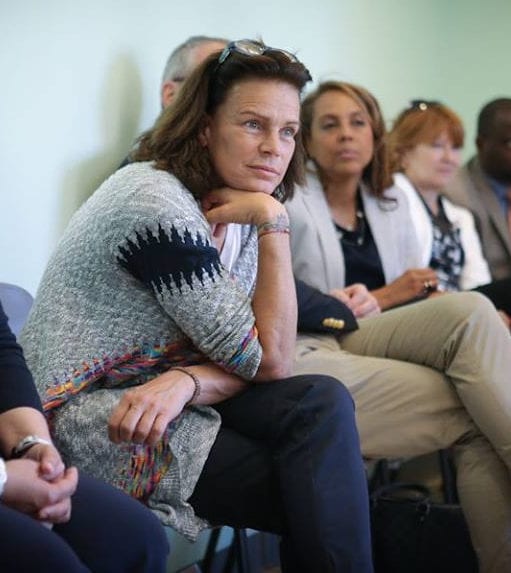 The prize-giving ceremony of the festival of short films “Le Temps Presse”, which has been supported by the Monegasque Cooperation since its first edition, took place on January 9 at the Hôtel de Ville in Paris.

Among the prizes awarded by the Monaco Government, the Children’s Prize attracted more than 1,000 students aged 8 to 14, enrolled in Monaco and in the partner institutions of the Monegasque Cooperation in Madagascar, Burundi, Senegal, Tunisia and Mali. The animated film “The Change” by Fabian Ribezzo, about the solidarity of an African tribe in the face of climate change, aroused the enthusiasm of young audiences.

The students of Sciences Po Paris-Middle Eastern Mediterranean Campus in Menton awarded their prize to the short film “Out of the Village” by Jonathan Stein, which deals with the effects of the Ebola epidemic on human relationships.

Finally, the Women’s Prize was awarded to the director Daniel Montanarini for her film “The Arrival” on women becoming mother. The jury president was HSH Princess Stephanie. (Feature photo: Palais Princier de Monaco)

Population drops as Airbnb takes off

Photo: Valeriesophie[/caption] French daily Le Parisien has reported that the population of Paris fell by 13,660 people between 2009 and 2014. The 1st, 2nd, 4th and 8th arrondissements all saw a drop in numbers of more than one percent. Intriguingly, the falling permanent population has been blamed largely on Airbnb, which had 60,000 listings for France’s capital in 2015, compared to 4,000 in 2012. Jean-François Legaret, mayor of the 1st arrondissement, told the daily that the Airbnb phenomenon has been a “catastrophe” for central Paris. The Town Hall has estimated that 20,000 primary residences have been lost to temporary rentals, and has threatened to increase taxes on what it calls “second homes”. Throughout France, hoteliers have complained that the “unregulated” market in accommodation services is having a major detrimental impact on their business operations. READ ALSO: BEDnBOATS set to launch in Monaco READ ALSO: Monaco garden designer at FNAC book signing Saturday