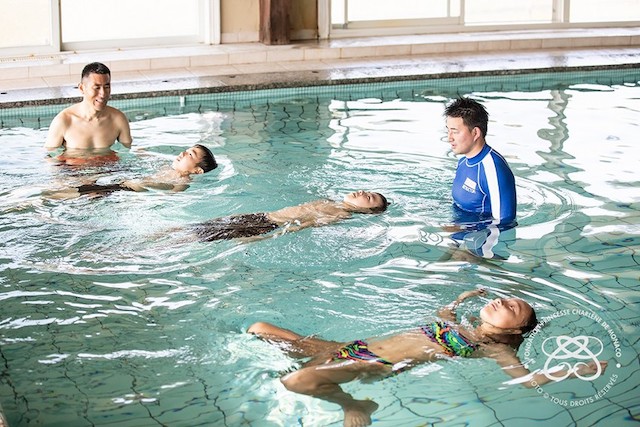 The Princess Charlene Foundation has just completed its first water safety instructor training programme in Japan, where new instructors were officially certified and made ready to pay it forward.

The project, which took place between 2017 and 2019, taught interested people how to become water safety instructors. The newly minted teachers are looking to increase their numbers to 2,000 in the near future.

The lessons were provided by the Japan Life Saving Association, a Tokyo based group whose primary goal is to increase the number of professionally qualified water safety employees and volunteers in parts of the country where they are either lacking or non-existent.

The programme exceeded the expectations first laid out, with 188 new water safety instructors making the grade, 570 International Life Saving Federation lifeguards joining the ranks and a total of 3,420 people who were taught basic water safety procedures. Of these, 2,146 were young people aged six to 18, and the remainder were adult learners.

According to World Health Organisation reports, someone in the world drowns every 85 seconds. The Princess Charlene Foundation actively tries to prevent these tragedies through programmes set up worldwide.

The Princess herself is dedicated to the cause and has built the ‘Learn to Swim’ and ‘Water Safety’ programmes in response to a little noted but serious problem.

Since the inception of the foundation, nearly 150 projects in 33 countries have been realised and awareness has been raised to countless numbers worldwide.