Principality represented at COP23 in Bonn

A delegation from the Principality has been present since November 4, in Bonn, Germany, to participate in the 23rd United Nations Conference on Climate Change (COP23).

The Bonn Conference follows the Paris Conference (COP21) and the Marrakech Conference (COP22). Its purpose is to advance in the development of the various guidelines, modalities and procedures for the full implementation of the Paris Agreement.

The other a vital technical and political mission of this COP23 is to make advances on the rules of application of the Paris Agreement.

COP23 will run until Friday, November 17, chaired by Fiji, an island state particularly affected by the effects of climate change.

A few days before the Bonn Conference, the World Meteorological Organisation (WMO) published data showing that atmospheric concentrations of carbon dioxide, which is partly responsible for global warming, increased at a record pace in 2016, the highest over the past 800,000 years.

The Bonn Conference will include a series of meetings and events, including the high-level segment, which will take place on November 15 and 16 and be attended by Marie-Pierre Gramaglia, Minister for Public Works, the Environment and Urban Development, as Head of Delegation.

Throughout this conference, the Monegasque delegation, through the Environmental Integrity Group (EIG), a negotiating group of which Monaco is a member, will strive to maintain a high level of ambition in the discussions, particularly as regards transparency. Information and mitigating the effects of climate change. It will also ensure that the key role of the oceans in mitigating and adapting the effects of climate change is taken into account.

The Principality will host an IPCC (Intergovernmental Panel on Climate Change) session in 2019, at which time the special report on oceans and the cryosphere will be approved.

Festival for the Earth brings together experts and activists, open to public 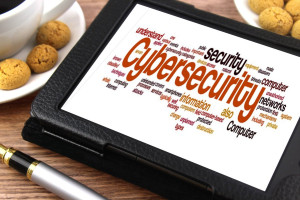 A cybersecurity conference in Monaco has heard that hackers who succeeded in taking down a major French television station last year are still making efforts to break into French government computers, a senior cybersecurity official said Wednesday.

Guillaume Poupard, who heads the National Agency of Security and Information Systems (ANSSI), told the Associated Press that sensors deployed at French government ministries routinely pick up the electronic signatures associated with the group. “The group behind it – and I don't know who it is, that's not my role – is proving very active,” he said. “We see them. And we stop them.” The April 8, 2015, attack interrupted nearly a dozen channels belonging to TV5 and packed its social media sites with propaganda for the Islamic State group. The cyber attack just months after the Charlie Hebdo atrocity caused considerable consternation among French leaders and journalists. French Prime Minister Manuel Valls at the time condemned what he called an “unacceptable attack on freedom of expression”. Some journalists described the hack as an “unprecedented act of cyberterrorism”. But two months later, L'Express magazine reported that French investigators believed a Russian group masquerading as Islamic State loyalists had carried out the hack. Mr Poupard would not be drawn on the thesis that Moscow is behind these sophisticated attacks, but added that the attack on TV5 “looked a lot like” the cyber-espionage operation launched in May 2015 against Germany's parliament. Germany's domestic intelligence agency blamed that hack squarely on Moscow. Monaco has recently announced that its own cyber security agency has started work to help protect the Principality against security breaches.