Protest group calls for end to masks at school

Protest group calls for end to masks at school 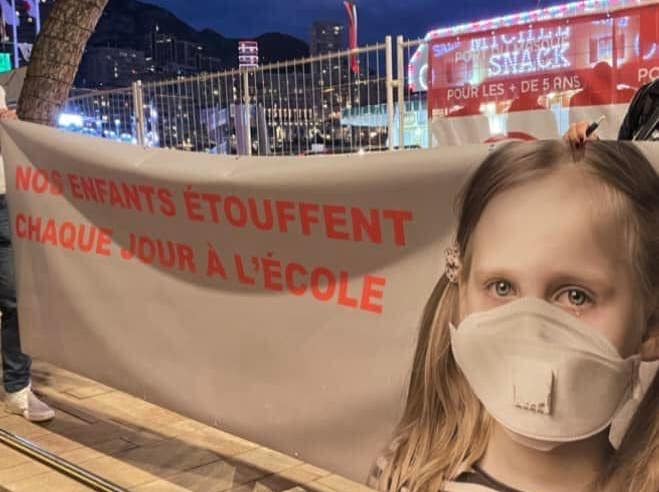 Following the government’s recent decision to continue compulsory mask wearing for school children, a group of parents have launched a campaign highlighting what they say are the absurdities in the decision.

The group of local parents have formed a social media page called STOP au port du masque pour nos enfants (STOP mask-wearing for our children) to mobilise like-minded parents to ask why children are subjected to an “incomprehensible” set of rules, far more strict than those of adults.

Their Facebook page lays out their perception of the situation, stating:

“What about the nightlife establishments on the port where everyone is crowded every weekend dancing and hugging each other, without any barrier gesture, without any mask?

“Ah yes they have the magic pass, it’s true, but this is not necessarily the case for some private events, (where people are) without the pass and without masks in Monaco whose photos we see circulating on the networks … And during this time, we require our children to wear the mask for up to nine hours a day at school under penalty of sanctions as soon as they dare to lower it to BREATHE?”

The group argues that the government has not done enough to prioritise the comfort of children in classrooms by, for example, installing air purifiers, CO2 detectors or plexiglass barriers.

In an effort to attract attention from the government, the group is staging protests in the streets, most recently on Thursday 18th November when members held up a banner at the Fun Fair on the Port saying “Our children are suffocating every day at school”.

The protesters say they were asked by police to move along until they had been issued with the proper permits.

The next “peaceful poster campaign” is scheduled for 29th November at 5pm and other groups are expected to join, including Citoyens Libres Menton and RCM et ses Vallées (Free Citizens of Menton, Roquebrune Cap-Martin and the Valleys), who are holding a separate rally on 12th December on the same topic.

Countries such as the UK have stopped mask-wearing in schools citing that face coverings inhibit the ability to communicate, learn and socialise. Instead, they have relied on continuous rapid testing and quarantining “clusters”.

Their results have been mixed in terms of keeping numbers down, but the findings have not shown a higher instance of infection than in the population-at-large, nor have they found that schools have been the ground zero for infection, but rather that infection was brought in from the outside.

France, Spain, Portugal, Italy and Canada are some of those who still insist on masks at school.