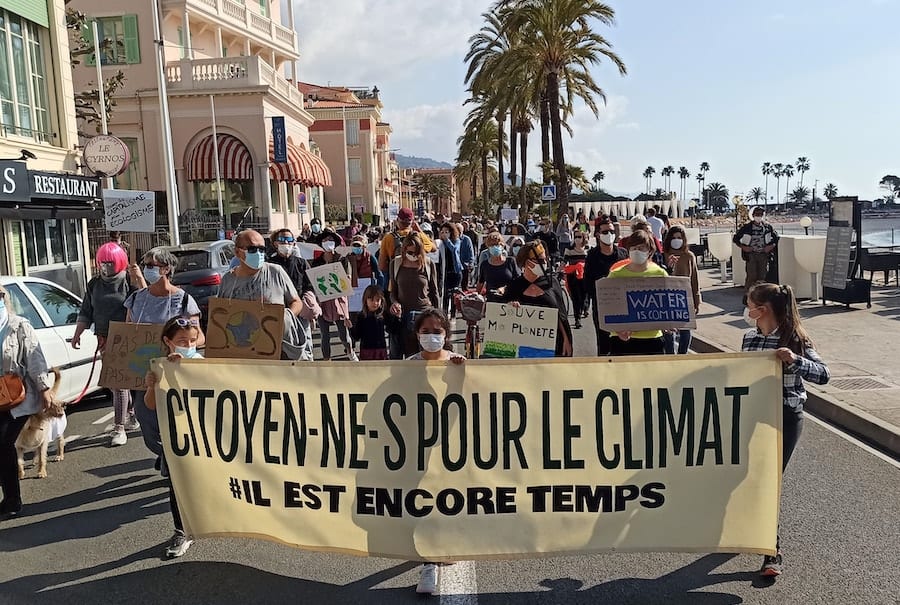 Demonstrations were held in Menton, Beausoleil and Nice on Sunday by protesters wanting the French government to give more weight to a new climate law conceived by the Citizens’ Convention.

Environmental associations around the Riviera organised the marches on the eve of the examination of the climate bill in France proposed by the Citizen’s Convention for the Climate.

The Citizen’s Convention was dubbed a social experiment of the highest order, involving 150 randomly selected people who made proposals to the government to help lower emissions by 40% compared to 1990 levels in “the spirit of social justice.”

On Twitter, Citoyens pour le Climate said, “We recall that the health situation – whose origins are common to climate change – is tense. We will dissociate ourselves from all those who would like to take advantage of the event to disseminate their denialist theories.”

On Facebook, Citoyens pour le Climate published a poster of Marianne, a symbol of France herself, wearing a daisy in her hair with the slogan “let’s take back power over lobbycracy.”

The members of the Citizens’ Convention denounced the “too important influence” of lobbies in government which, according to them, “diluted” their proposals. The fight for the climate is concentrated in the corridors and offices of the National Assembly where lobbyists from industry, companies, unions or economic sectors have stated their concerns about how the new climate laws impact them.

Some of these factions ask for the laws to be watered down or not implemented at all, as they are counter to their purposes. Others ask for stronger implementations.

It is politics as usual say the climate people and a question of whose voices are heard comes down to deep pockets. 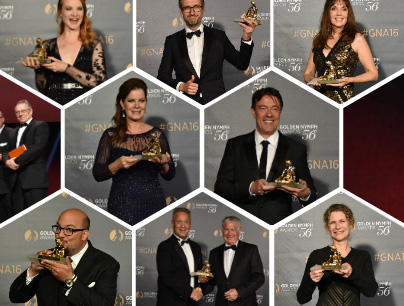 Photo: Facebook Festival de Télévision de Monte-Carlo[/caption] Laurent Puons, CEO of the 57th Monte-Carlo Television Festival, which takes place from June 16-20, has named the Jury Presidents for the Fiction and News categories of its upcoming Golden Nymph Awards. Leading the Fiction Jury, which will award a total of nine Golden Nymphs, is renowned Argentinian director, writer and producer Juan José Campanella. On television, Juan is known for his directorial work on House, Law & Order: Special Victims Unit and 30 Rock, with recent credits also including Spanish comedy El hombre de tu vida, AMC's Halt and Catch Fire and USA's Colony. Television host, journalist, editor and executive Etienne Leenhardt is President of the Festival's News Jury, which will select four Golden Nymph winners. Laurent Puons said: “I have been truly satisfied by the entries to the 57th edition of our Golden Nymph Awards. I'm delighted to welcome Juan José Campanella and Etienne Leenhardt to Monaco to oversee the judging for this year's awards - the exceptional knowledge, experience and talent of our Jury Presidents and Members is a key reason why the Golden Nymphs have become such a coveted accolade in international television”. The News Jury will select Golden Nymph winners in three categories: Documentary – an investigative report that covers current news; Live Breaking News Story – live coverage of a single breaking news event, as it unfolds; and TV News Item – edited coverage of a news event, broadcast on a scheduled news program, as well as an overall Jury Grand Prize. Fiction Jury Members include Golden Globe and Emmy-nominated actor John Corbett (United States of Tara, Sex and the City), Emmy-nominated executive producer and writer Peter M. Lenkov (Hawaii Five-0, MacGyver, CSI: NY) and Academy Award-nominated and Emmy-winning actress Shohreh Aghdashloo (House of Sand and Fog, The Expanse).

Screening and exhibition in one at National...