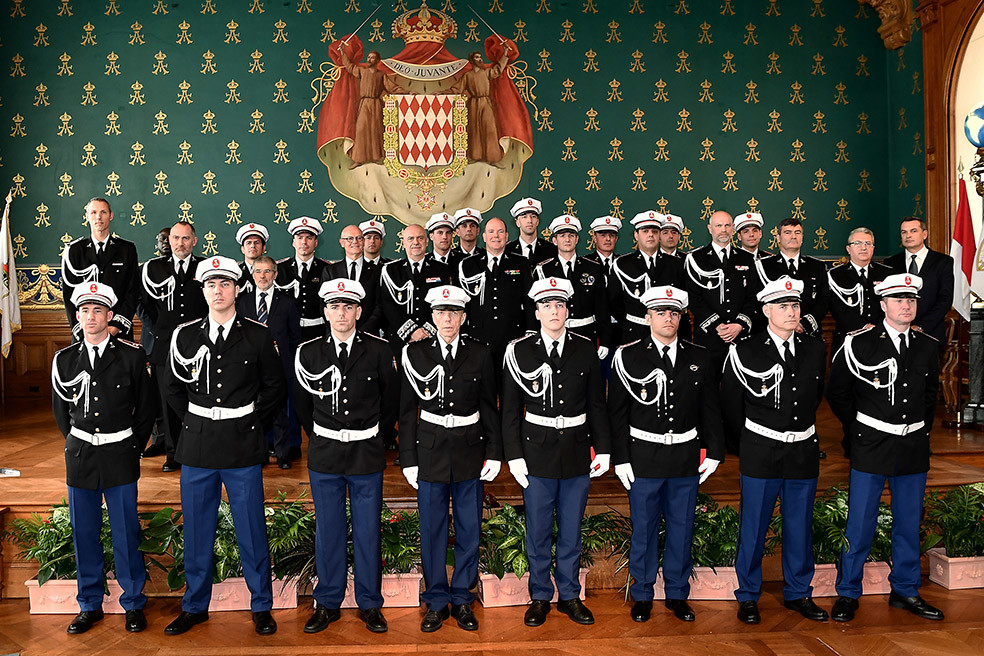 Richard Marangoni, Director of Public Security, presented his New Year greetings in the presence of Prince Albert, Serge Telle, Minister of State, Patrice Cellario, Minister of the Interior, as well as many leading figures in public life, at the traditional ceremony, which this year was held in the conference room of the Oceanographic Museum.

In his address, the Sovereign Prince said: “Security has always been one of the strengths of our country. It is up to us to make a pact to preserve it. Everyone must take part in it: women and men whose noble professional mission is to guarantee it, but, beyond that, everyone, through their discipline, and their understanding of the security measures put in place.”

After having discussed the security situation in 2017 and the implementation of the “Public Safety 2020” plan, including a strengthening of the workforce, Richard Marangoni said that over the 2012-2016 period, general crime had dropped by 28 percent and street crime by 43 percent.

“This trend, while one would have expected some stabilisation, continued in 2017 with a decrease of 1.04 percent for general delinquency and 16.58 percent for delinquency on public roads. Burglaries, meanwhile, fell by 17.14 percent,” he said.

In addition to “Public Safety 2020”, “Monaco, Safe City” is another initiative based on prevention and aimed at strengthening the security architecture of the Principality.

At the end of the ceremony, the Prince Albert presented the Outstanding Services Clasp, for acts of courage and dedication, to 19 police officers who distinguished themselves in 2016 and 2017.

Lifestyle & Wellbeing Stephanie Horsman - June 1, 2020
Tuesday marks the next phase in the easing of restrictions in France, offering people a glimmer of hope for summer.

Photo: Facebook Vodkasamling / Vodkacollection[/caption] A bottle of vodka valued at a staggering 8 million kroner (€1.1 million) that was reported as disappearing from a bar in Copenhagen has been found again, according to local police who tweeted its rediscovery on January 2. The vodka was created to woo Russian tycoons and wealthy aficionados worldwide and premiered at Top Marques at the Grimaldi Forum in Monaco in April last year. Prince Albert of Monaco was presented with the very first bottle. The world's most expensive vodka bottle was on display at Cafe 33 in the central district of Copenhagen, and formed part of the bar's collection of vodka, which amounts to 1,200 bottles. The disappearing bottle was on loan from the privately owned Riga-based Dartz Motorz, founded by the Latvian-born businessman Leonard Yankelovich. The bottle is coated with about 3 kg of gold and 3 kg of silver. A total of 625 Russo-Baltique vodka bottles were made, Dartz says. Top Marques runs this year from April 18 to 22.