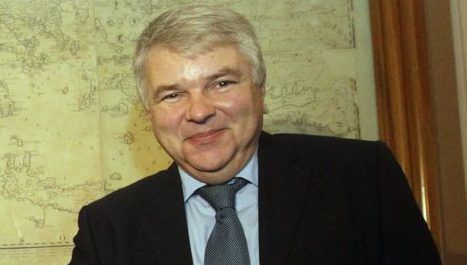 Mr Meshkov’s diplomatic career began in 1981. He’s fluent in English, Spanish and Italian. The vacant Deputy Foreign Minister’s seat will be taken by Aleksandr Pankin, the current head of the Department of International Organisations at the Foreign Ministry.

Born in 1959 in Moscow, Mr Meshkov’s graduated from the Moscow State Institute of International Relations (MGIMO) at the beginning of the 1980s and started working at the Russian Ministry of Foreign Affairs.

Mr Meshkov is well known in Western diplomatic circles for his outburst last year against a EU ban on issuing visas to Russians living in the Crimea, a move he described as “visa genocide”. He said that Eurocrats were making ordinary Russians hostages to a Western political agenda and claimed the move was a violation of human rights.

He added that European politicians wanted to force Crimeans to have a Ukrainian passport again – claiming the only reason was so citizens could “travel to Brussels”.

Where to celebrate Fourth of July in...

Photo: Facebook Stars'n'Bars[/caption] The number of resident cards issued in Monaco to US citizens is around 275, although the community totals around 300, when including children under-16 years. For Americans, or friends of Americans, looking to celebrate the Declaration of Independence in Monaco, here's what on today. Stars’n’Bars is hosting its annual Fourth of July party but this year, due to the events popularity, the festivities will spill out onto the street in front of the bar on the port of Monaco. There will be live music by Fat Cat Hackett, entertainment for adults and children and an all-American BBQ. Entry is free from 6 pm, and there's a pre-party aperitif until 7 pm upstairs on the StarDeck, with a cash bar. For the barbecue, coupons can be purchased for €3 and €5. Later in the month, there will be a special evening for MonacoUSA members at the barracks of the Carabiniers du Prince, to watch the second entrant in the annual International Fireworks Competition. Reservations must be made in advance as only 80 people can attend, and there will be many attractions during the evening, including a visit to the Carabiniers’ private historical museum. Nikki Beach will be celebrating Independence Day with a "Let's Play Ball" party, honouring various American sports, including baseball and American football. Staff on the rooftop of the Fairmont Monte Carlo will be wearing sport uniforms and the hostess will be the referee for the evening. And don't forget the cheerleaders ... As part of the Méridien Beach Plaza hotel’s summer cinema – a chance to rediscover cult films shot around the Mediterranean – Roger Vadim’s And God Created Women will be shown “under the stars” in French with English subtitles Tuesday at 9:45 pm. Limited seating, tickets are €30, which includes a signature cocktail and popcorn, or €25 for guests of L'intempo restaurant. Valet service available. https://www.youtube.com/watch?v=3KzP4bC1Ypg At part of the Monte Carlo Sporing Music Festival, Scott Bradlee's Postmodern Jukebox performs its second night at the Salle des Étoiles, at 8:30 pm. In 2009, Scott Bradlee posted a video of a session on Youtube playing the repertoire of the Canadian group Nickelback on 1960s arrangements, “A Motown Tribute to Nickelback”. Encouraged by this initial smash success, he created his own Youtube channel and formed the Postmodern Jukebox where different musicians and vocalists took turns. Shortly later, their vintage cover Radiohead’s "Creep" shattered the internet with 19 million views. Tickets for 8:30 pm dinner show are €143.50. 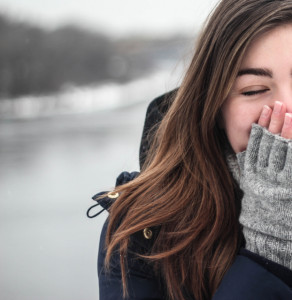 Much of France has been put on a weather alert as cold weather continues to cover many areas. On Sunday, three departments were placed under an orange alert: Loiret, Seine-et-Marne, and Essonne. More snowfall is expected in Paris, the Loire valley and Limousin. Two elderly people died when their car slid off the road and fell into a river at Noes, in the Loire, central France, on Sunday morning during a snowstorm. Closer to the Principality, there is a high risk of avalanches in Ariege, Haute-Garone, Pyrenees-Atlantiques and Hautes-Pyrenees. In Corsica, almost 4,000 homes were without electricity on Sunday afternoon due to snow. The French government has put in place a daily emergency programme to meet extraordinary situations due to the icy weather, which could result in some areas receiving additional emergency funding. By Tuesday, the body in charge of France’s national grid, RTE, will be prepared to bring in “exceptional measures” to deal with a surge in demand for electrical power resulting from the cold spell. Peak hours are between 8 am and 1 pm and 6 pm and 8 pm. The forecast for Monaco for the coming week is for morning temperatures near 2°C and daytime highs ranging between 10°C to 13°C, with mainly settled conditions apart from gusty winds on Monday, January 16. Meanwhile Monaco’s Department of Health and Social Services has issued recommendations that should be followed during the current flu epidemic. Contact with those already infected should be avoided, especially by pregnant women and those over the age of 65. Hands should be washed regularly, with soap, or disinfectant solution. It is also important to cover the mouth when sneezing and to use paper tissues only once before throwing them away. The Department points out that influenza is particularly dangerous for people who are already suffering from another ailment and for the elderly. Those with symptoms such as fever, coughing, aches and fatigue should consult a doctor. READ MORE: Fresh warnings on deadly flu outbreak READ ALSO: Monaco’s weather a major draw