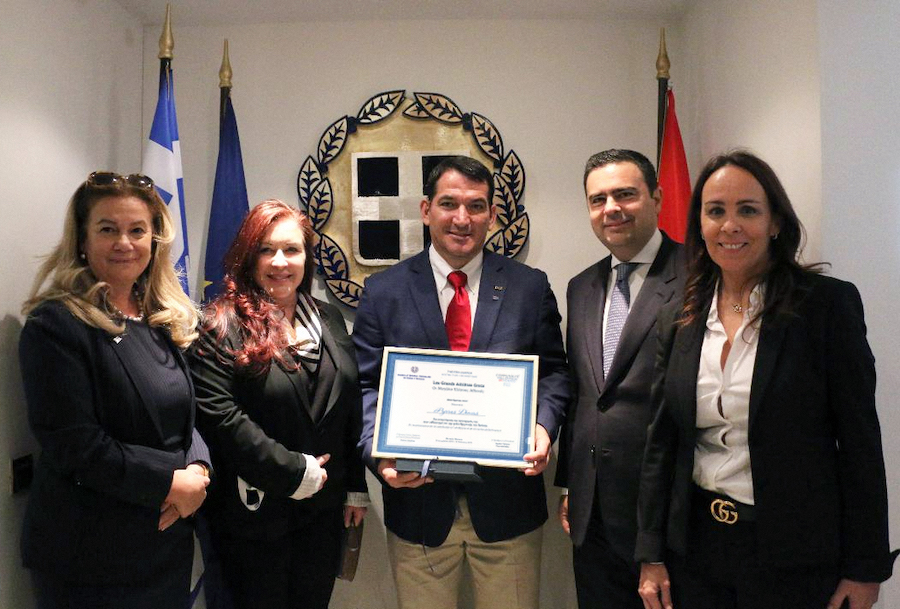 Pyrros Dimas, the legendary three-times gold and one-time bronze Olympic champion, has been awarded the ‘Great Athlete’ distinction by the Hellenic Community of Monaco.

Pyrros Dimas is the Founder and President of the International Pyrros Dimas Institute, which leads sports projects for unaccompanied minors in cooperation with SOS Villages, provides educational programs for the value of sports in schools around Greece, supports athletes and is involved in the the organisation of weightlifting competitions. Mr. Dimas thanked the Hellenic Community for the warm Greek hospitality offered to him during his stay and for this exceptional award that will add value to his efforts to contribute more to vulnerable societies through the power of sport.

Pyrros Dimas had been invited to participate the 2019 Peace And Sport International Forum, which took place at the Convention Center of the One Monte Carlo, in the presence of HSH Prince Albert II.

Peace And Sport, an independent and neutral organisation based in Monaco, through its founder and President Joël Bouzou, is leading the ‘Peace through Sport’ movement and organised the 2019 forum and the 10th annual Champions For Peace Gala. This year, many important personalities from all over the world, heads of States, ministers, presidents, famous athletes, Nobel prize laurates and high-level guests participated in open discussions to present how the power of sport creates peace and happiness to communities around the world.

Hellenic Community member and International Relations and Sport Diplomacy Director at Peace And Sport Iris Vlachoutsicos was also involved in the organisation and coordinated the visit and activities of Mr. Dimas in Monaco.

Organisers of this year’s Clean Equity forum have managed to reschedule the event for later in the year, however the team behind Top Marques have not been so lucky.

EVER Monaco rescheduled for September

Monaco’s longest standing event on sustainable mobility and renewable energy sources, EVER Monaco, will still take place this year, albeit four months after its original date in May.

The App you need right now

Lest the denizens of Monaco go without their favourite souffle, sushi or burger during lockdown, there’s a delivery App grouping together a great selection of Monaco restaurants to help keep bellies full and smiles on faces.

The Ballets de Monte Carlo is televising La Belle, a full-length ballet, on Saturday evening via two media outlets to entertain lockdown crowds all over the region.

Photo: Twitter IUM[/caption] On November 9 and 10, the International University of Monaco hosted International Business Days 2016, which included workshops specifically designed to support the internship-job search efforts of students and alumni. The topic was "Shaping your international career path". One of the main sessions during the event was "Discovering Monaco opportunities", which focused on helping students and alumni understand the Monaco economy and its very specific job market. Main topics included how to set up a business in the Principality, acquiring a Visa and work permit, and the expanding shipping industry. The two-day event gathered around 60 companies, including UBS, Piaget, Nielsen, Frost & Sullivan, BDDO, CONNECT DG, Banque Edmond de Rothschild, PUMA, SEVENDOTS, and 300 students and alumni on the Monaco campus. "Speed biz dating" sessions were also organised. 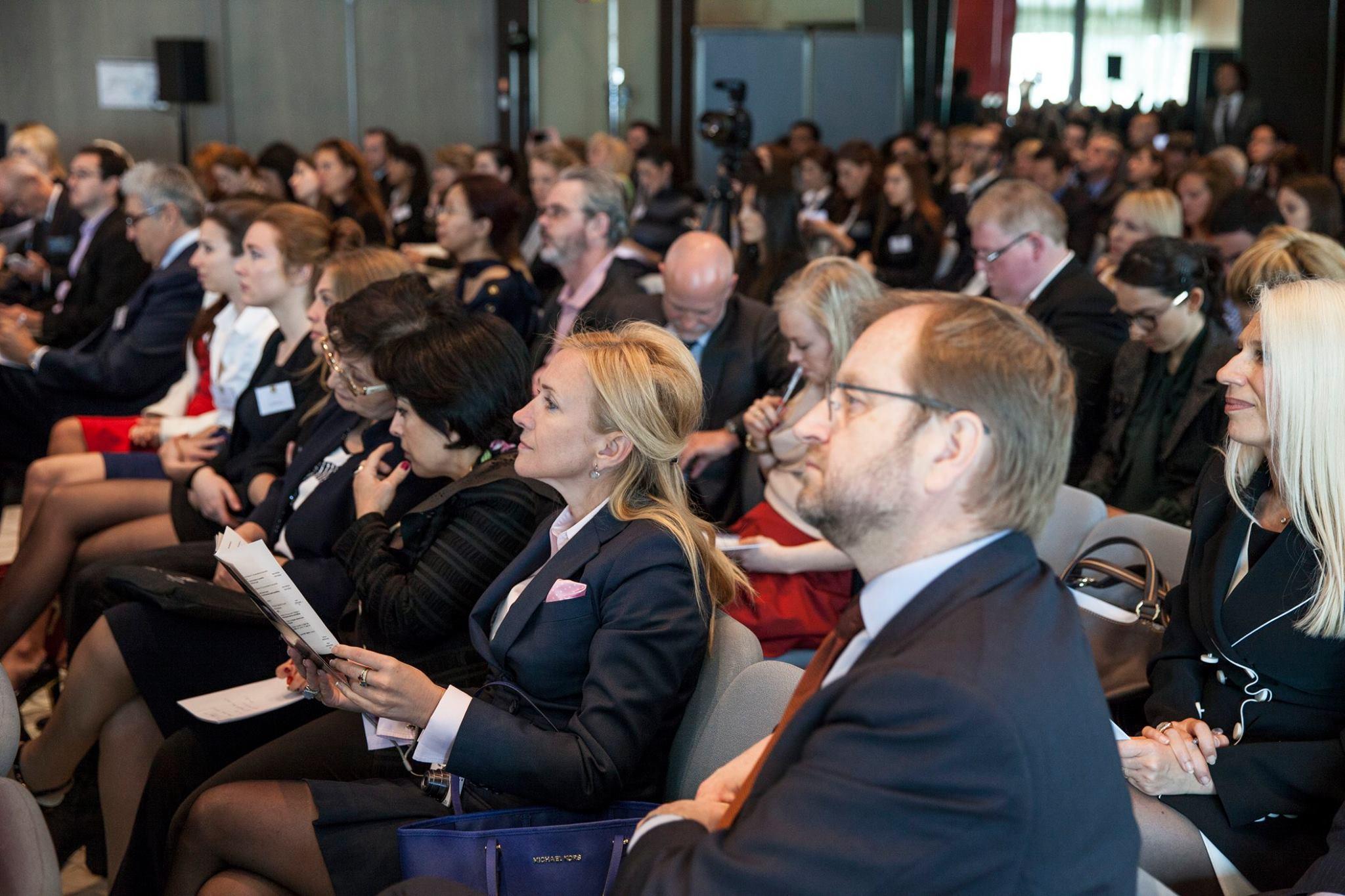 Photo: Facebook Monaco Symposium on Luxury[/caption] The third edition of the Monaco Symposium on Luxury, organised by the International University of Monaco (IUM) and INSEEC U, one of the leaders in higher education institutions in France, will take place on April 12 and 13 at the Meridien Beach Plaza. The organisers say that this is the only international event creating fruitful interactions, sharing knowledge and know-how between researchers and top executives in the luxury fields. Created in 2014, the Monaco Symposium on Luxury is an initiative of the INSEEC Management Research Centre, which employs experienced and renowned researchers in marketing and brand management from INSEEC Business School and IUM. [caption id="attachment_30302" align="alignnone" width="2048"] 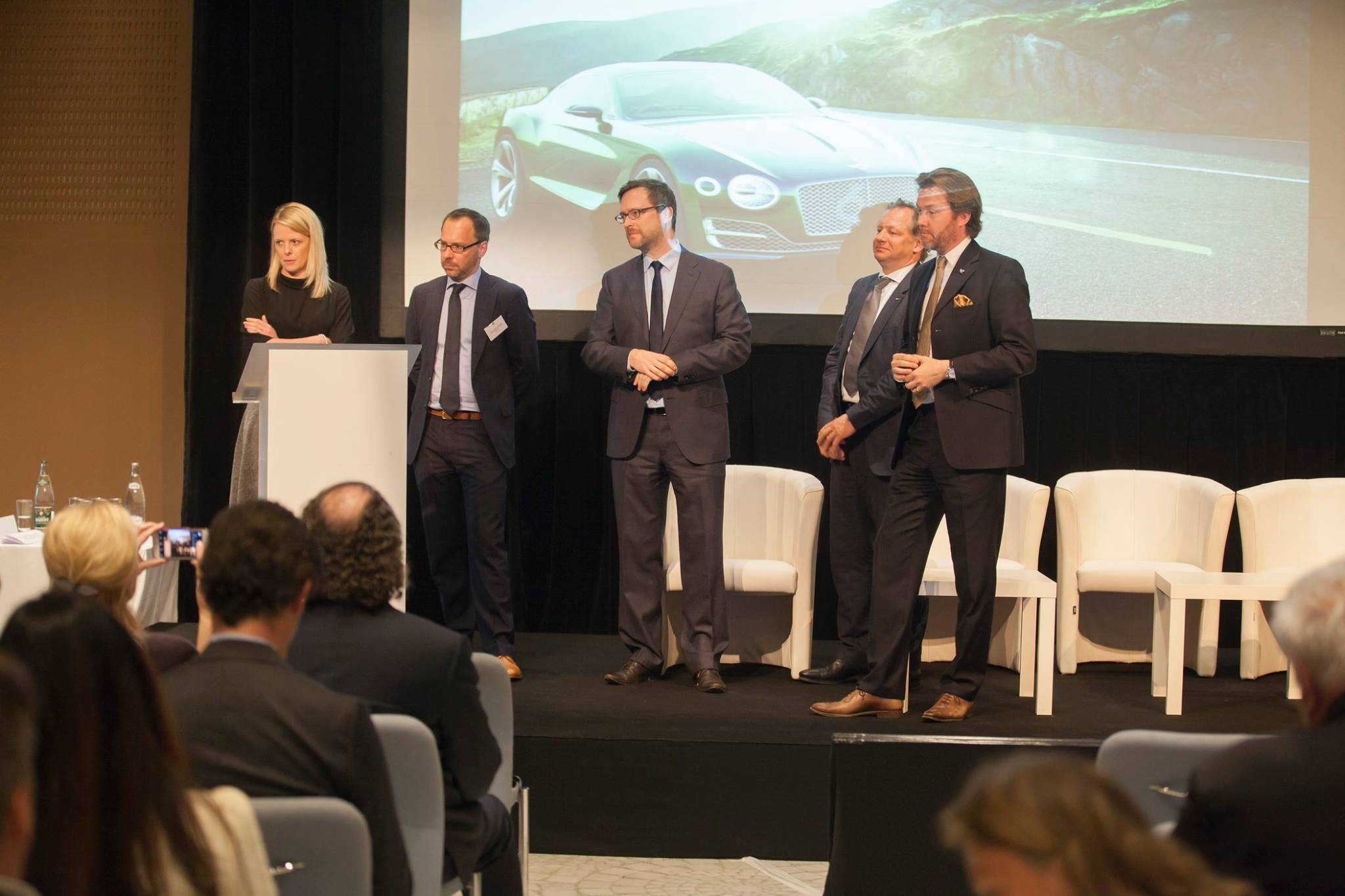 Photo: Facebook Monaco Symposium on Luxury[/caption] The initial idea was to invite researchers and professors from the best Universities and Business Schools to present their research papers in Luxury Marketing, and the 2014 and 2016 editions have been very successful in gathering these outstanding researchers. “As it’s organised in Monaco by my department that has strong relationships with luxury brands, we have inserted in the programme, year after year, more business case studies, business panel discussions and business presentations,” said Sophie de Lorenzo, Director of Corporate Relations at IUM, co-organiser of the Monaco Symposium of Luxury. “We can say today that the Monaco Symposium is the unique international event where excellence in academics and excellence in business converge towards in-depth and cutting-edge analysis, latest trends, and best practice in all the fields of luxury.” In the 2018 edition, 42 academic presentations and 30 business testimonials will highlight recent findings and best practice on the upcoming trends and challenges of the luxury industry, including designing and enhancing the luxury shopper’s emotional journey in the “phygital” sphere; cross-cultural dynamics between reason and emotion when making a luxury purchase; the future of luxury experiences, the future of luxury retail; bespoke products, luxury designers, designers of emotions; and the value of a brand: creating sustainable growth for sustainable luxury brands.