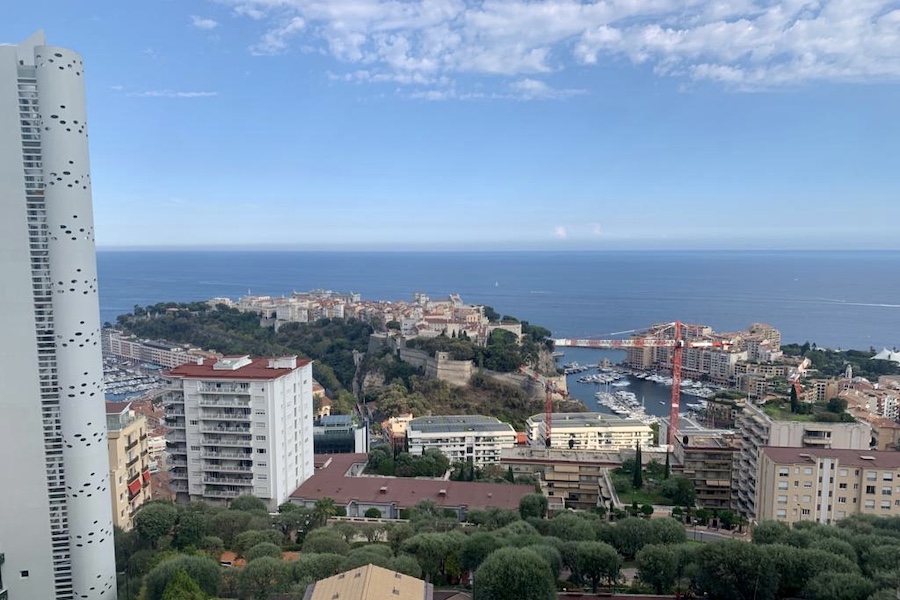 Revenues rose 21% in the second quarter of 2022 to reach a record-high of €8.7 billion, and that’s not counting Financial and Insurance activities. Here are some other standout figures from the latest IMSEE financial report.

Monaco’s economy is rebounding nicely after two years of downturn and uncertainty, according to the latest report by IMSEE, the Principality’s statistical agency.

Overall trade volume hit €1.6 billion, excluding France, in the first half of this year, which is a marked increase of 19.7% over the same time last year. Despite these solid gains, it is still 16.6% lower than 2019 levels.

The trade deficit increased to -€425 million, and the coverage rate fell by roughly eight points. Exports are increasing, with figures showing €52.2 million at the end of June, but this is offset by imports, which have grown four times as fast to €206.9 million.

Two-thirds of exports go to the EU, and Italy is the country’s main trade partner accounting for 22.5% of transactions, followed by Germany who represent 12.2%.

Not counting Financial and Insurance activities, revenues reached a record-busting €8.7 billion, a 20.8% or €1.5 billion rise in this first half of the year, surpassing last year and even the pre-pandemic period. Wholesale trade accounts for over a third of the overall figures and grew by €708 million in this period. IMSEE says this is down to trade in fuel, ores, metals, and industrial chemicals, as well as wholesale sales on a fee or contract basis.

Accommodation and food service sector activities were also big winners, nearly doubling their revenues and coming close to being back at levels seen before the health crisis.

The amount of assets managed by local banks shows a rosy picture over the last year also, gaining 1.9%, and the amount of loans granted was also up by 9.2%.

The second quarter of 2022 though has been slightly marred by world economic uncertainty and saw asset management fall by 3.2%. On a positive note, deposit values have increased by 15.1%.

At the end of June, the number of active jobs reached a new high of 60,509 in the private sector. This comes out to 4,500 more jobs than the year before, an 8% increase.

Many of these job gains are in the Accommodation and Food sector, which added 2,000 new jobs alone. Transportation and Storage were the next best, increasing by 11.6%. Though encouraging, these figures still don’t reach pre-pandemic levels.

The main tourism indicators are up significantly, with the number of arrivals increasing by a strong 79.1%. The average length of stay also increased. The number of rooms occupied in overnight stays more than doubled to +114.7%, which is equivalent to 124,666 additional overnight stays compared to the same period last year. As a result, the occupancy rate exceeded 50% in the first half of the year, however, this is lower than in 2019, which stood at 63.7%.

With 38.8% of tourists coming from outside the European Union, compared to 12.3% in Q2 2021, this half-year illustrates the return of international tourism to Monaco. It also marks the resumption of cruises, which have been at a standstill since 2020 due to the epidemic. 56 ships docked in the Principality from April with 24,825 passengers on board.

Real estate is also looking good with 33 sales equalling €342 million. New property sales have recorded their best year since 2006, and the market has gone beyond the level it normally reaches in an entire year, in both value and volume.