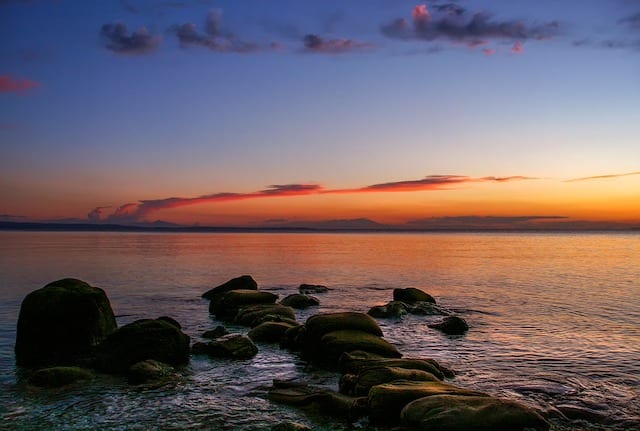 The world health crisis shut down much of the normal traffic flow of the Med giving the Sphyrna Odyssey, a research vessel sponsored by several organisations including the Prince Albert II of Monaco Foundation, a chance to study the sea in a low-noise pollution environment.

As the world ground to a halt during the coronavirus epidemic, the team behind the Sphyrna Odyssey geared up. Between 23rd April and 10th May, the research vessel took to the seas carrying out what they termed the ‘Quiet Sea’ mission.

As many shipping lanes were virtually empty, yachting, fishing and cruise ships were non-existent and ports were shut all over the Mediterranean region, the Sphyrna Odyssey was able to use this moment in time to see what a marine world without human intervention was like.

Under the scientific direction of Professor Hervé Glotin from the University of Toulon, the mission set out to measure the density and behaviour of several cetacean species during confinement, including Risso and blue-white dolphins and sperm whales. The research was conducted in the Pelagos Sanctuary, a diamond shaped stretch of sea along the coastline from roughly Toulon to Fosso Chiarone in Italy and down to the top of Sardinia.

The findings, though dramatic, are not entirely surprising. During the 17 days of recordings taken by the Odyssey, the team concluded that noise pollution caused by human activities has caused animals to flee the coastal regions. The lessening of traffic saw a huge return of these animals to their previous habitats. As humans return to these areas, they will drive the animals out again, but it was interesting to note the swift return without the interference of people.

It was also observed how noise pollution affects many aspects of these animals’ lives. Not only does it disturb their communications systems, it has a direct effect on their hunting grounds, social interactions and reproductive efforts.

Another not-so-unexpected by-product of the lockdown was that the pollution levels in the sea were diminished. Pollution in the form of oil and organic matter was lessened considerably, especially in tourist areas. For example, a 50% drop in this type of pollution occurred between Monaco and Cassis.

The research gathered during this period will be used to help scientists better help the marine mammals of the Mediterranean, as well as to help people make adjustments to protect them.

Ballet presents schedule for a Summer of...

Local News Stephanie Horsman - May 12, 2022
The Ballets de Monte-Carlo has a spectacular summer line up led by the ever-creative Jean-Christophe Maillot and performances by the Princess Grace Academy.