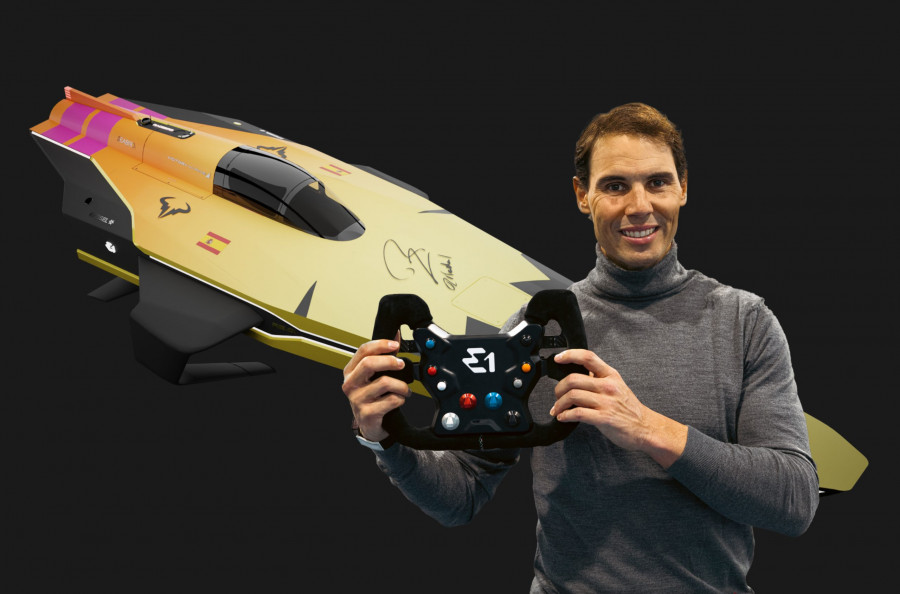 Grand Slam record-holder Rafael Nadal has entered his own team into the inaugural E1 championship, the world’s first all-electric race boat series, which is set to take place later this year.

Tennis legend Nadal is venturing into a new sport by entering his very own team into the E1 series. From the Spanish island of Mallorca, Nadal is passionate about the world’s oceans, and his commitment to the E1 championship, which aims to accelerate clean mobility and restore marine ecosystems, attests to that passion.

Whilst the name of Nadal’s team has yet to be revealed, the Spaniard has already vocalised his excitement about being involved in the championship.

“I’m really excited to be getting involved with a project like E1 that values sustainability and will make a positive impact on society as a whole, especially in coastal communities,” began Nadal.

He continued, “As a professional athlete, I recognise how making marginal gains has a positive impact on performance. To see this same competitive spirit and approach being applied at E1 to optimise the performance and efficiency of sustainable marine mobility is good news for our oceans.”

Nadal is not the first sportsperson to involve themselves in the championship. Formula 1 driver Sergio Perez, who last season won the Monaco Grand Prix, has also entered a team, which will be affiliated with his native Mexico.

Nadal, who already has a record-breaking 22 Grand Slams to his name, is currently competing in the Australian Open. After missing last season’s Monte-Carlo Masters through injury, he will be hoping to compete in the prestigious clay court tournament in 2023.